The Panama Papers: 3 Things You Need To Know 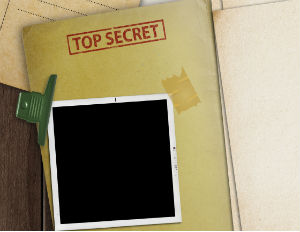 On Sunday, the International Consortium of Investigative Journalists dropped a bomb on the international community in the form of 11.5 million leaked documents. The documents, which belong to Panamanian law firm, Mossack Fonseca, provide details of the offshore accounts of 140 politicians and public officials.

Hundreds of journalists poredÂ through the documents, now widely referred to as the Panama Papers, for more than a year, culminating in the largest leak in history.

While newsrooms across the world continue to sift through the millions of leaked documents, we’ve compiled a list of what you need to know.

Who leaked the documents?

Why are these documents important?

For a number of reasons, but let’s start with the most obvious. If you’re going to great lengths to hide something, it’s probably for a reason. As the New York Times stated it is “not illegal in many cases to have offshore bank accounts. But they are used, in some instances, by wealthy individuals and criminals to hide money and business transactions, and to avoid paying taxes.”

As mentioned before, the documents made public the private offshore accounts of 140 politicians and public figures. As most politicians and officials are expected to maintain some level of transparency and accountability, the sudden reveal of a secret tax-evading account for the mega-rich and privileged is probably going to make those who are paying their fair share of taxes pretty angry. Prime example: UK Prime Minister David Cameron’s dad, Ian Cameron, who ran an offshore fund that never paid a British tax while his son gave sanctimonious lectures on the evils of tax evasion.

These documents are also likely to have lasting effects on the various international governments involved. The prime minister of Iceland, Sigmundur DavÃ­Ã° Gunnlaugsson, has already resigned due to damning revelations regarding his offshore activity found in the documents.

Are there any Americans involved?

So far, at least 200 U.S. passports have popped up in the Panama Papers. Some of them are linked to tax evaders, Ponzi schemers, and partakers in other various fraudulent activities.

Due to the sheer mass of the Panama Papers, we’re expecting the next few days to be full of revelations and ramifications regarding the financial corruption detailed in the leak.