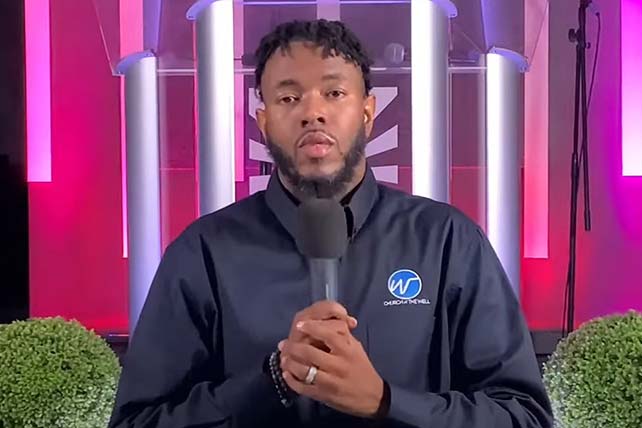 Now another leader of the faith, Pastor Carlton Funderburke, who preaches from the pulpit of the Church at the Well in Kansas, has landed himself in the hot seat after he went on a diatribe against his congregation for failing to gift him with an expensive watch,  according to NBC News.

@kansascitydefender Kansas City Pastor GOES OFF on congregation calling them “poor, broke busted and disgusted” because they didn’t give him enough money to buy a new watch he’s been wanting. It’s pastors like these that give the church a bad name smh an also why a lot of our generation left the church. What y’all think? 🤔♬ original sound – kcdefender

“See that’s how I know you still poor, broke, busted, and disgusted because of how you’ve been honoring me,” Funderburke said during his sermon on August 7, The New York Post reports.

Funderburke attempted to emphasize the responsibility that the members of his church have to maintain the lifestyle of those who spread the gospel, according to The New York Post.

“Ooh, you can buy a Movado [watch] at Sam’s [Club] and you know I asked for one last year. And here it is all the way in August and I still ain’t got it,” he demands, speaking of the expensive timepiece.

After the video went viral and was viewed 550,000 times, Funderburke  issued an apology video, explaining that the clip was taken out of context.

“Though there is context behind the content of the clip, no context will suffice to explain the hurt and anguish caused by my words. I’ve spoken to those I am accountable to and have received their correction and instruction,” he clarifies, according to NBC.

“I have also privately apologized to our church, who has extended their love and support to me.”

Since the Bible says that “every good gift comes from above — from God in Heaven,” maybe he should wait on the Lord for his luxury gifts.