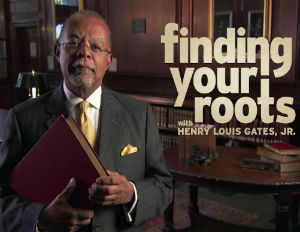 Late yesterday, reports surfaced that PBS decided to suspend its series “Finding Your Rootsâ€ following accusations of “improper influenceâ€ by the shows host Henry Louis Gates Jr. The show seeks to trace the lineage and histories of celebrities and public figures. The shows host, an esteemed Harvard professor, is under fire after emails leaked during the Sony hack earlier this year, revealed that he played a crucial part in the decision to leave out information found during research, at the request of the episodes subject, Ben Affleck.

In a leaked email conversation between Gates and Sony Pictures Chief Executive Michael Lynton dated July 22, 2014, Gates says – “Here’s my dilemma, confidentially, for the first time, one of our guests has asked us to edit out something about one of his ancestors – the fact that he owned slaves. Now, four or five of our guests this season descend from slave owners, including [documentary filmmaker] Ken Burns. We’ve never had anyone ever try to censor or edit what we found. He’s a megastar. What do we do?”

Lynton replied that it all depends on who knows that the information was in the documentary already.

Following the leak, The Associated Press examined historical documents and found that Affleck’s great-great-great-grandfather owned 24 slaves. According to a Chicago Tribune report, when Affleck was asked for comment, a representative referred to remarks the actor had posted on social media when the issue first was reported.

“We deserve neither credit nor blame for our ancestors and the degree of interest in this story suggests that we are, as a nation, still grappling with the terrible legacy of slavery,” and “I didn’t want any television show about my family to include a guy who owned slaves,â€ are some of the comments that Affleck wrote on his Facebook page in April.

In a press release addressing the situation, PBS said, “On April 17, 2015, the media reported on hacked, private email exchanges between Professor Gates and Sony Entertainment CEO Michael Lynton referencing requests by actor Ben Affleck to omit from the episode the fact that slave ownership is part of his family history. These reports marked the first time that either PBS or WNET learned of this request. The next day, PBS and WNET began an internal review…â€ The results of that internal review are that Â “…PBS and WNET have determined that the series co-producers violated PBS standards by failing to shield the creative and editorial process from improper influence, and by failing to inform PBS or WNET of Mr. Affleck’s efforts to affect program content.â€

In response to the PBS announcement, Gates has issued the following statement:

“I want to thank PBS for its thoughtful internal review. I sincerely regret not discussing my editing rationale with our partners at PBS and WNET and I apologize for putting PBS and its member stations in the position of having to defend the integrity of their programming. Throughout my many years of producing genealogy documentaries, I have always operated with rigorous ethical standards. Even so, we have been working with PBS and WETA to create new guidelines to increase transparency going forward. My career has been dedicated to improving race relations and intercultural understanding in our country. We are very excited about the third season of “Finding Your Rootsâ€ and look forward to uncovering and sharing many more incredible ancestral stories with our viewers.â€

PBS has stated that they will withdraw the episode from all forms of distribution including on-air, digital platforms and home video, and will not air another season of the show until changes have been made – including the addition of a fact checker and an “independent genealogistâ€ to review the show’s contents.