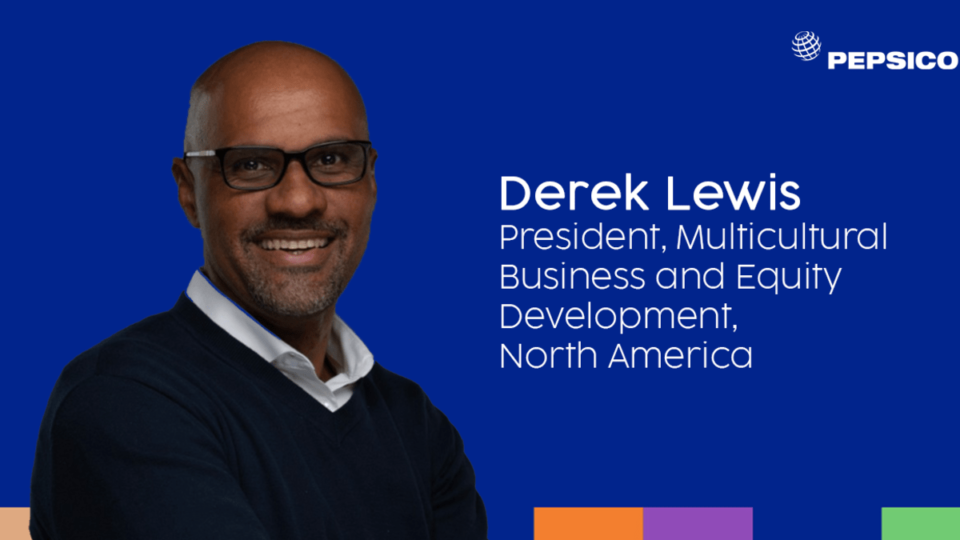 It is part of PepsiCo’s racial equity initiative announced in 2020 that will invest $570 million over five years to increase Black and Hispanic representation and create more financial opportunities for both.

Derek most recently served as President of PepsiCo Beverages North America’s South Division and played a role in the company’s broader diversity and community engagement agenda, including leading the creation and expansion of Pepsi Stronger Together – PepsiCo’s series of grassroots initiatives bringing tailored programming support to communities across the country.

Specific business operations through the new organization will include accelerating retailer business development in multicultural communities; expanding existing successful programming, including Pepsi Dig In and the Black Restaurant Accelerator Program, all aimed at supporting Black and Hispanic communities and leveraging the scale of PepsiCo to drive investment in and support of diverse suppliers and partners.

The equity focus of the organization will include rebranding and national expansion of the successful Pepsi Stronger Together community engagement program; elevating PepsiCo’s efforts to be an employer of choice for diverse cohorts and supporting the company’s employee resource groups to build a unified company that celebrates and thrives on the diversity of each employee.

“To take the next step in its Racial Equality Journey, PepsiCo is calling on one of its top executives to lead an organization embedded in the company’s two largest businesses with a focus on providing new educational opportunities, building up small businesses and creating rewarding job opportunities in an effort to support underserved businesses and communities,” said Kirk Tanner, CEO, PepsiCo Beverages North America. “This is a significant move, which we believe will increase engagement and impact internally with employees and externally with consumers and enable greater progress for the future.”

PepsiCo Chief Sustainability Officer Simon Lowden said in June 2020 that the company more than doubled its spending with Black-owned suppliers.