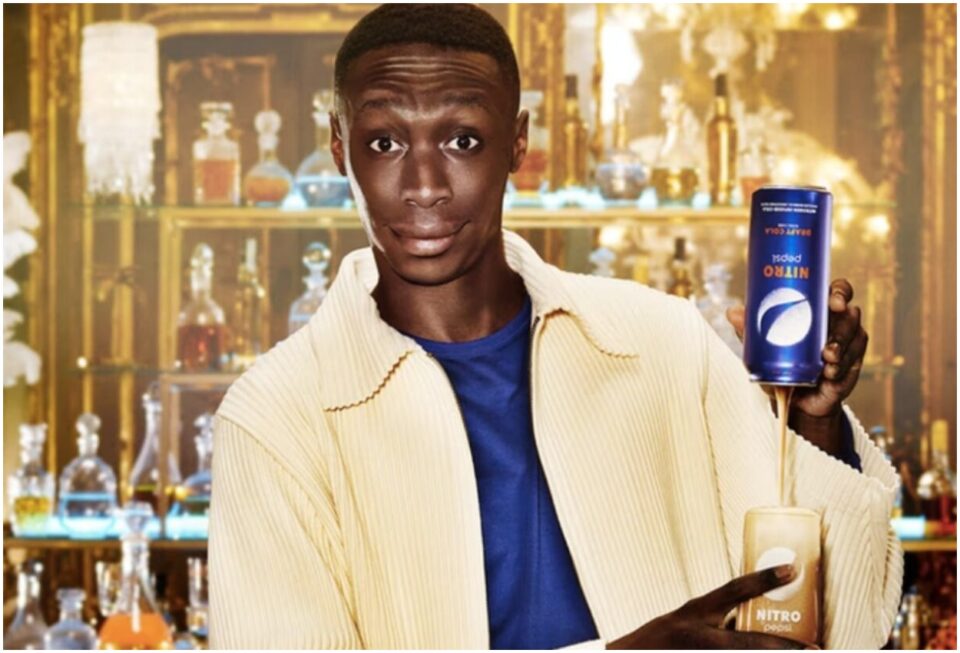 Khaby Lame, the second most-followed person on TikTok, is the silent champ. Lame shows how simple gestures can transcend language barriers, make connections across cultures, and secure the bag. In a new Pepsi ad campaign, Lame will continue to do just that.

PepsiCo, who frequently invites Hollywood talent for ad campaigns, has most recently partnered with the online sensation to support the nationwide promotion of their latest Nitro Pepsi drink, Market Dive reported.

His presence in the ad campaign called “A Smoother Way to Soda,” is expected to showcase the “the first-ever nitrogen-infused cola that’s actually softer than a soft drink” ahead of its Mar. 28 release.

“Since Khaby Lame is known for pointing out the obvious with the use of his signature hand gestures, we felt he was the perfect person to show the world Nitro Pepsi is a simple solution for those who prefer less carbonation than that of a traditional cola,” said Todd Kaplan, chief marketing officer at Pepsi.

In a TikTok video, Lame is asked how to properly pour the product and wordlessly proceeds to demonstrate step-by-step while standing at a bar.

Nitro Pepsi, available in Draft Cola and Vanilla Draft Cola, will be sold in single-serve and four-pack varieties, per Yahoo! Finance. The product is advertised as more than just a drink, but an experience. Once poured, Nitro Pepsi is supposed to be chilled with an easier, smoother, and creamier texture than other sodas.

The cascade of tiny bubbles and frothy foam is achieved by using widget technology placed at the bottom of every can.

According to Market Dive, the ads were shot by renowned photographer David LaChapelle. Lame will be featured on billboards in Los Angeles, New York and Las Vegas and in publications like Variety, The Hollywood Reporter, The New York Times, and The New Yorker.

Pepsi will also run the first national TV ad for Nitro Pepsi during the Oscars Pre-Show on Mar. 27.