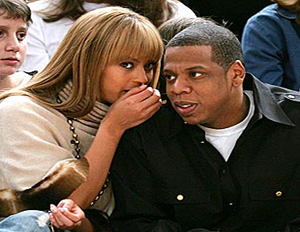 PETA has spoken out against Jay-Z and BeyoncÃ©’sÂ  extravagant use of exotic animal skins in their custom-made footwear. At least 5 different animal skins are used in the making of two pairs of luxury sneakers Beyonce and Jay-Z recently commissioned, Hip Hollywood reports.

“These shoes seem like they were made for Hannibal Lecter. Why would someone who seems so full of life allow her name to be associated with such grisly death? Â The whole idea that the only way to show the world you have a lot of money is by killing as many animals as possible is moronic. Â It’s like they killed Noah’s Ark for them.â€