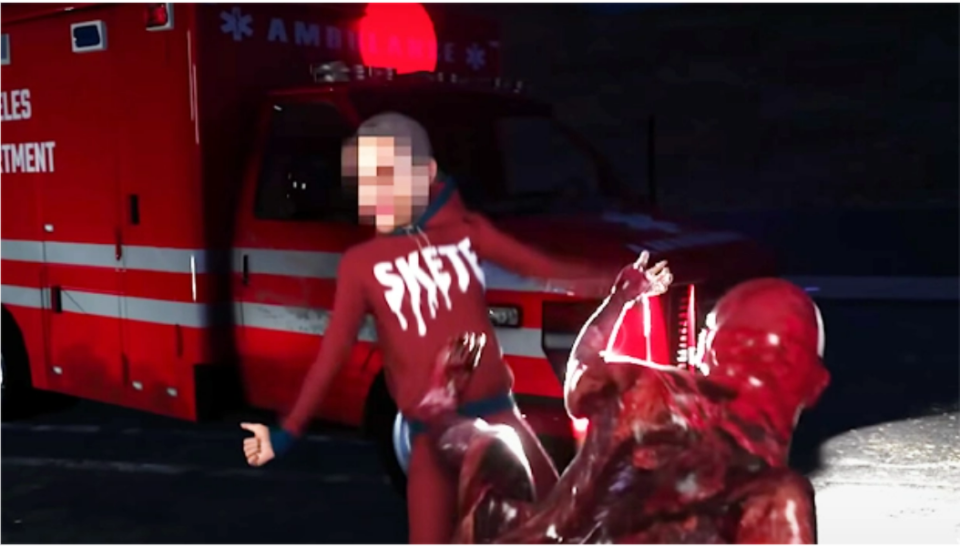 If the goal of Ye is to keep people talking about him, then he is accomplishing that task.

The second video of Eazy, the latest song by Kanye West and The Game has emerged, and once again, a caricature of current Kim Kardashian beau Pete Davidson is attacked in the video.

According to US Magazine, Ye returns with an alternate version of the song but in this one, he doesn’t focus as long on the Davidson character. But a character is violent toward a caricature of Davidson nonetheless.

There is a skinned monkey on the cover of the single and it is prominent in this video.

Ye says in the song, “God saved me from that crash / Just so I can beat Pete Davidson’s ass,” and that’s when an animated figure wearing a red sweatsuit with a hoodie appears on the screen. Across the chest, the nickname Ye gave Davidson, Skete is written and the face is blurred.

The skinned monkey kicks and then jumps on the “man” and continuously punches him in the face as the song goes on.

The second video follows up the disturbing images in claymation figures depicting Ye kidnapping and burying alive Davidson in the first video.

After the release of that video, Ye wrote on a now-deleted Instagram post, “Art is therapy just like this view. Art is protected as freedom of speech. art inspires and simplifies the world. Art is not a proxy for any ill or harm. Any suggestion otherwise about my art is false and mal intended.”

Ye has been busy on social media recently. He took to his social media account to share his latest creation with his 15+ million Instagram followers, a poem he named DEAD. The epistle is a follow-up to a previously shared piece titled DIVORCE that he posted over the weekend.