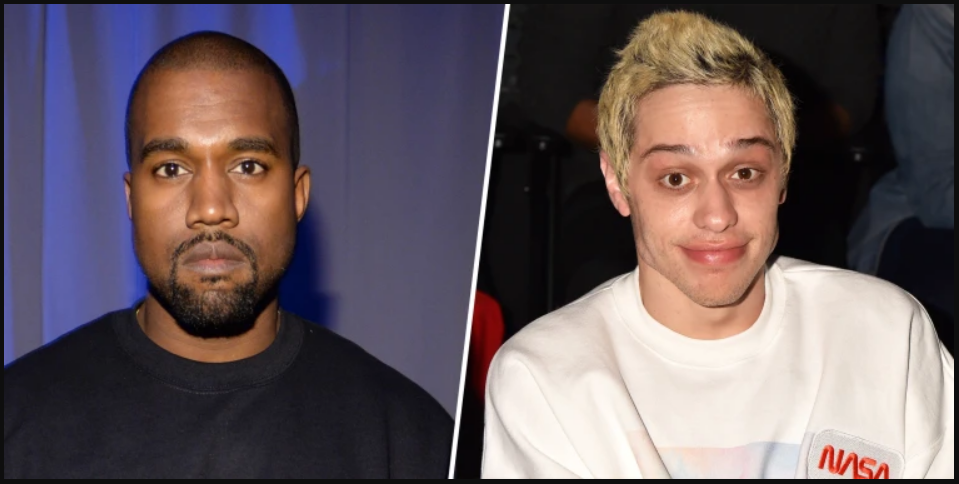 Pete Davidson is no longer staying silent in his “feud” with Kanye West.

Davidson has allegedly “requested” to meet with Ye in texts sent between the SNL regular and the eccentric music producer.

According to the New York Post, Davidson and Ye had a text exchange after the comedian reached out to Ye to tell him that enough is enough.

Saturday Night Live guest writer Dave Sirus revealed screenshots of the communication between the two on Sunday. The New York Post verified the since-deleted texts off social media but copied by many spreading the information across social media.

The conversation shows Davidson reaching out to Ye as he defends his girlfriend Kim Kardashian and asks him to calm down and “grow the f**k up.”

“Yo it’s Skete. Can you please take a second and calm down. It’s 8am and it don’t gotta be like this. Kim is literally the best mother I’ve ever met. What she does for those kids is amazing and you are so f–king lucky that she’s your kids mom. I’ve decided im not gonna let you treat us this way anymore and I’m done being quiet. Grow the f**k up”

Ye responds: “Oh you using profanity now. Where are you right now?”

To which Davidson responds, with a picture, “In bed with your wife”

As the two exchanged texts, Davidson tells Ye that he’s in LA for the day if he wants to stop being “a little internet b*tch boy and talk.” All the while telling Ye that his actions are embarrassing and it’s “so sad to watch you ruin ur legacy on the daily.”

Davidson even offers Ye help as his mental health issues after his father, a firefighter, died on 9/11 have been well-documented.

He also tells Ye that he has stopped Saturday Night Live from making fun of him and other stand-up comedians.

Davidson’s words fell on deaf ears. According to E Online, in a since-deleted Instagram post, Ye complained about Davidson “antagonizing” him, not mentioning Davidson offering to talk to him or help him.

Kanye west praying to to God and says Pete Davidson texted him to tell him he is in bed with Kim! I don’t think pete Davidson ever text this man. (Via @kanyewest Instagram) pic.twitter.com/ZEKGwCREwF