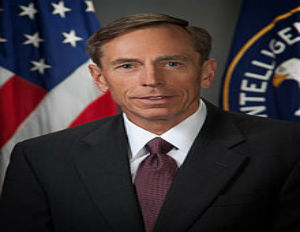 On Friday, General David Petraeus announced that he would be resigning as CIA director. He acknowledged that he had been cheating on his wife and this indiscretion precipitated him having to resign.

The Washington Post reports thatÂ his biographer, Paula Broadwell, was the woman with whom he was having an affair. Mrs. Broadwell is married and has two children.

Broadwell came under investigation by the FBI when another woman who is close to Petraeus— and has not been identified, but is apparently not his wife— complained to the FBI about receiving threatening and jealous emails from Mrs. Broadwell that were sent from Petraeus’ personal email account.