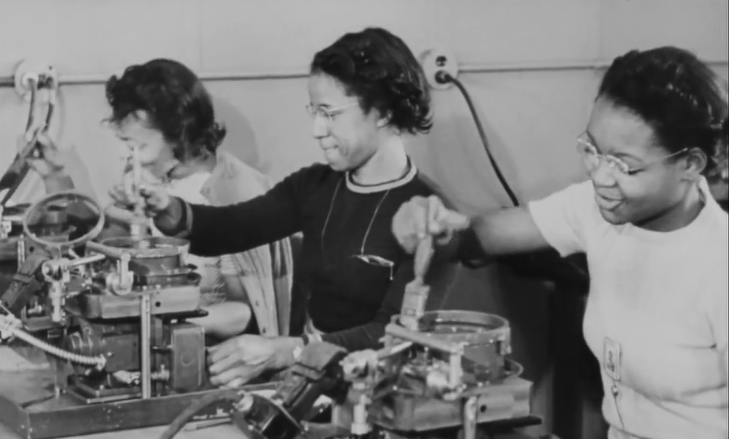 Cooke wants to tell the stories of the women like Ruth Wilson and other Black riveters who worked during World War II in factories, naval yards, and other industrial plants while men went off to serve their country.

“It’s never been done about Black women,” Wilson told 6 ABC. “It was all women, and reject men.”

Now, through Cooke’s documentary film, Invisible Warriors: African American Women in World War II, the 600,000 Black women who got little to no credit for their part in keeping America afloat will get some praise.

“They arguably are the most significant group of Black women in the 20th century,” Cooke said.

The Dutch government actually co-sponsored the film to honor the African American women who played a role in the liberation of the Netherlands.

“The film is an unforgettable conversation among a diverse group of African American “Rosie the Riveters” who recount what life was really like during World War II,”  according to the film’s website. “They are hard-working underdogs of high character who do battle and win.”

“They fled lives as domestics and sharecroppers to empower themselves while working in war production and U.S. government offices. These patriotic pioneers share their wartime memories, recounting their battles against racism at home, Nazism abroad, and sexism everywhere.”

On Wednesday, Wilson returned to her worksite at the Philadelphia Naval Yard for the first time since 1945.

“It looks so different to me,” Wilson said.

She was presented with a photo of the ship she worked on and a portrait to The Four Chaplains Memorial Foundation who helped her visit the site.

“I feel so appreciated,” she said.

There will be a screening of the film in Washington, D.C. this December.