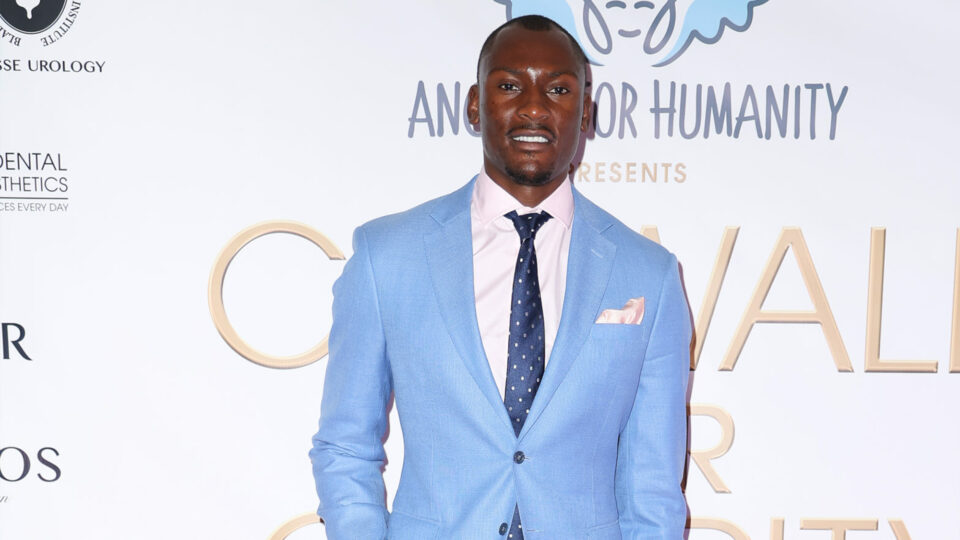 Dubbed as Time’s Next Generation Leader last year, NBA player Bismack Biyombo is proving that his efforts to support his home country of the Democratic Republic of Congo are not only from the heart but unstoppable.

According to CBS Sports, in his latest endeavor, the Phoenix Suns center will be donating his entire $13 million salary from the 2021-2022 basketball season to build a hospital in Congo and pay tribute to his late father.

Biyombo made the heartwarming announcement in a video from his charity, the Bismack Biyombo Foundation. He has donated his own money and raised funds to build schools and sports facilities, provide scholarships, and improve healthcare in Congo.

For most, making the NBA is the end goal. But for Biyombo, it’s just the beginning of multiplying the opportunities he’s received and paying it forward. In the video, he proclaims what he intends to do.

“What I told my agent was my salary for this year would be going to the construction of a hospital back home to give hope to the hopeless,” said Biyombo, who grew up in Lubumbashi, a mining city in the south.

“And those individuals who can not take their family members out and want to be able to give them better conditions, so that they can somewhat have hope that their loved ones would be able to live and see another day.”

Taking action is no hard task for the former Hornets player.

As BLACK ENTERPRISE previously reported, the 6 feet, 8 inches athlete donated $1 million worth of personal protective equipment and medical supplies at the onset of the COVID-19 outbreak in 2020, including 10,000 face masks and 780 hazmat suits.

According to Bleacher Report, Biyombo opted to sit out at the beginning of this season as he mourned his father, Francois Biyombo, who died in August from complications after he contracted COVID-19.

During the battle to recover, Biyombo gathered opinions from doctors in different countries and eventually had his father flown to Turkey to receive better care.

“My dad was everything to me,” he told Andscape in February.

“My whole career, I always get a text message from my dad before the game. Sometimes it would be 3 a.m. over there, 4 a.m. in the Congo. And I’m like, ‘Dad, what are you doing up at this time?’ He was always checking on my game.”