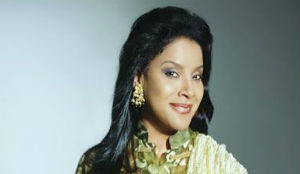 Our favorite TV mom is returning to the screen, this time as a lesbian FBI agent in a new series, For Justice. Phylicia Rashad plays Georgina Howe in the show, directed by Selma’s Ava DuVernay. Georgina is a “savvy Washington player who has faced discrimination for her race and sexual orientation, and fights to protect the independence and integrity of her high-profile Civil Rights Division,” according to Variety.

For Justice is based on James Patterson’s novel The Thomas Berryman Number, which centers around a woman FBI agent working in the Criminal Section of the Dept. of Justice’s Civil Rights Division. She winds up stuck between her “radical real family and her professional family.”

Phylicia Rashad isn’t the only one from her fictitious family who’s making a TV comeback.Â The new role was announced around the same time as her The Cosby Show granddaughter’s. Raven Symone is returning, as a lesbian too, in Black-ish. She will play Rhonda, Dre’s (Anthony Anderson) baby sister “who is just as uncomfortable talking about her sexuality as Dre is,” Entertainment Weekly reports.

It looks like scripted series are making their way back to the spotlight after a long spell of reality TV. We’re excited to see some of our favorite actresses return.

Will you be watching? Tell us below.