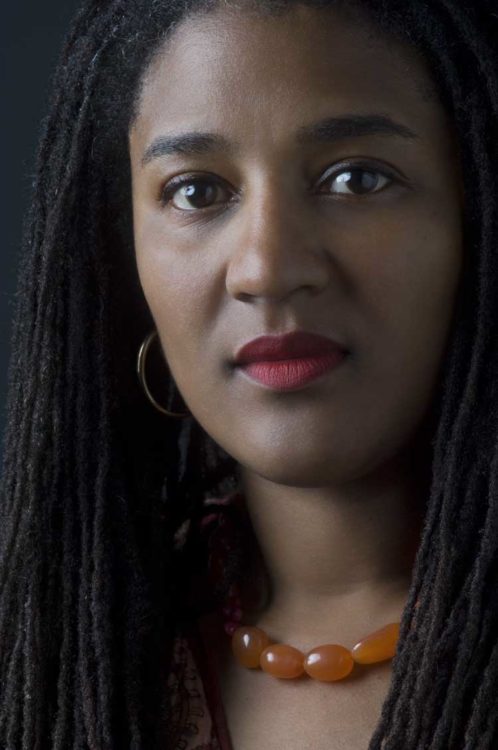 Playwright Lynn Nottage made history as the first woman to win two Pulitzer Prizes for Drama, as her play Sweat–her first to be produced on Broadway–was awarded the honor. She received her first Pulitzer Prize in 2009 for Ruined, which was produced off-Broadway.

During a recent interview at Columbia University, where she is an associate professor of theater, Nottage shared her elation with the Broadway debut of Sweat and her upcoming projects on a lunch break between classes. “It’s thrilling to be in the historic Studio 54 theater that moved from a television studio [CBS radio and television Studio 52] to a famous discotheque to a Broadway space that began with Cabaret [the musical],” says Nottage. “I also have enjoyed a much larger and diverse audience to speak to. It’s been an uphill battle to get the voices of women on stage and also the voices of African Americans on the large stage, so I feel like I’m there representing.” 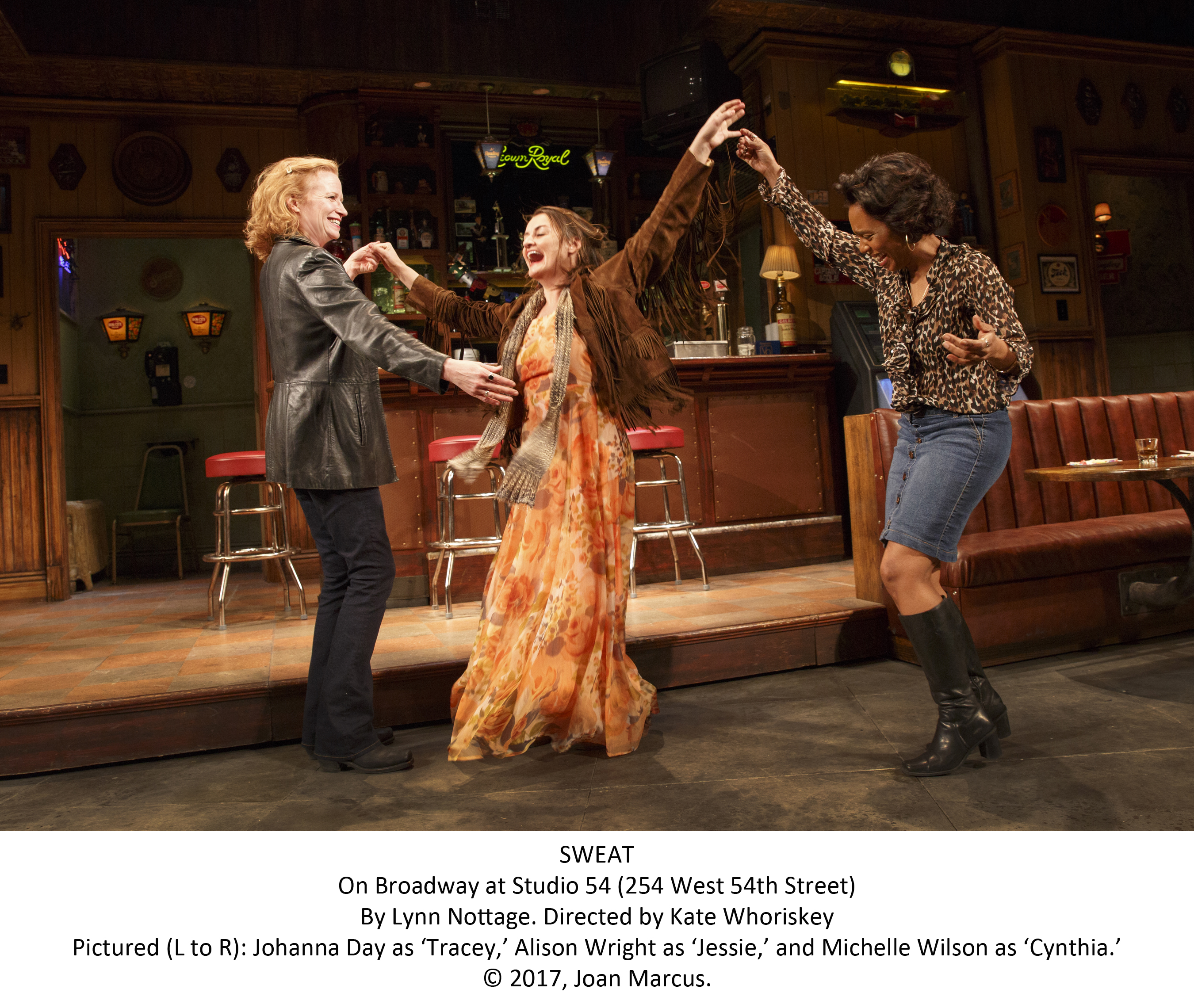 The story of Sweat reflects that of many small-town residents who have felt the loss of America’s core industries and the resulting despair, broken families, shattered lives, and deferred dreams that lead many to question the true meaning of our democracy. Will the manufacturing, steel, and coal industries return to the glory days of the 20th century? “It’s like one of the lines in the play: ‘Nostalgia is a disease,” says Nottage. “I think that we’re holding on to an antiquated notion of the industrial life in America, and I think we have to shift the paradigm. I think we have to embrace that some of those jobs in the coal factories and the fuel factories are not coming back, and how can we create some new jobs for the modern age.”

Born in Brooklyn and raised in the borough’s Boerum Hill section of town, Nottage attended New York’s High School of Music & Art and says she first fell in love with writing as a child. “On some level, I’ve always been a writer,” she explains. “When I was 5 years old, I began crafting stories in my living room for my parents, and whenever they would have guests over, I would create little drama productions to perform for them, and I would get my brother to be one of my performers. Recently, a friend who I hadn’t spoken to in years called me, and she said, ‘You may not remember this, but I was one of your first actresses.’ This is someone who I grew up with in Brooklyn. I’ve always been a dramatist.”

Nottage’s first theater experience was at 4 years old. It was a production of a traveling puppet show titled Succotash in Ice. “It was a musical about singing lima beans and corn, and I remember the refrigerator opened up, and the lima beans began to sing, and the corn began to speak, and it was the most magical thing I had ever seen. I think from that moment on; I became enamored with theater.â€ 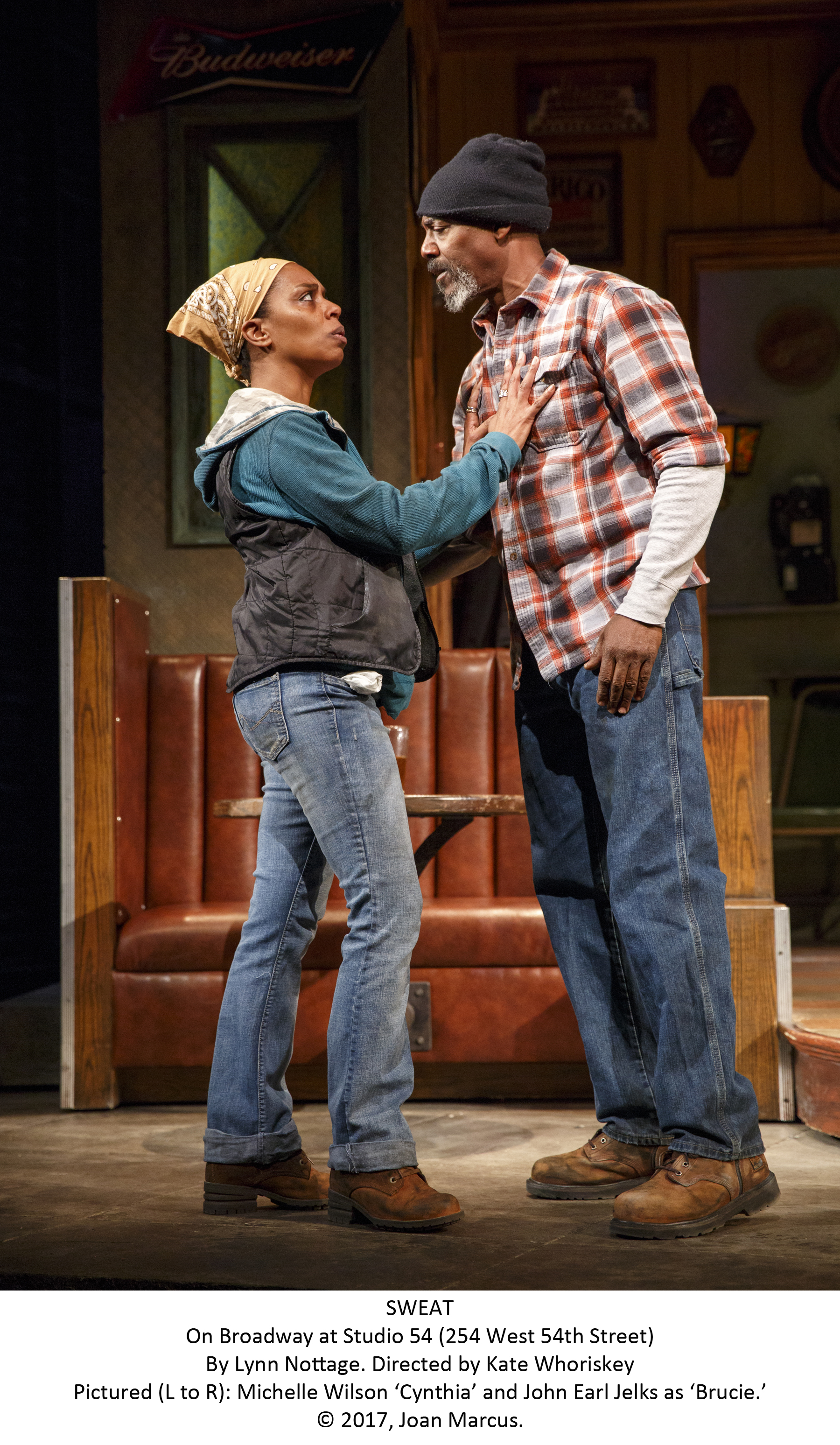 As an extension of Sweat, Nottage’s next project, This Is Reading, is a multimedia art and performance installation that will live at the historic Franklin Railroad Station in downtown Reading, Pennsylvania. The installation is produced by her film and television production company, Market Road Films, which she co-founded with her husband, Tony Gerber, who is an acclaimed filmmaker and a two-time Emmy Award winner. This Is Reading is co-produced in association with The Labyrinth Theater Company, Project&, and the Reading Film Commission. The opening of This is Reading is scheduled for July 14.

“We wanted to create a piece of art that spoke to what’s happening in the city now and also put [the residents of] that town, that fractured on racial and economic lines, in dialogue with each other,” she explains. “It’s also my way of saying thank you to a city that was very generous in opening itself up to me and allowed me to interview as many people as possible. I wanted to do something that’s beautiful, that’s communal, and that’s inviting people who don’t traditionally step over artistic thresholds into a space to engage with art.â€ 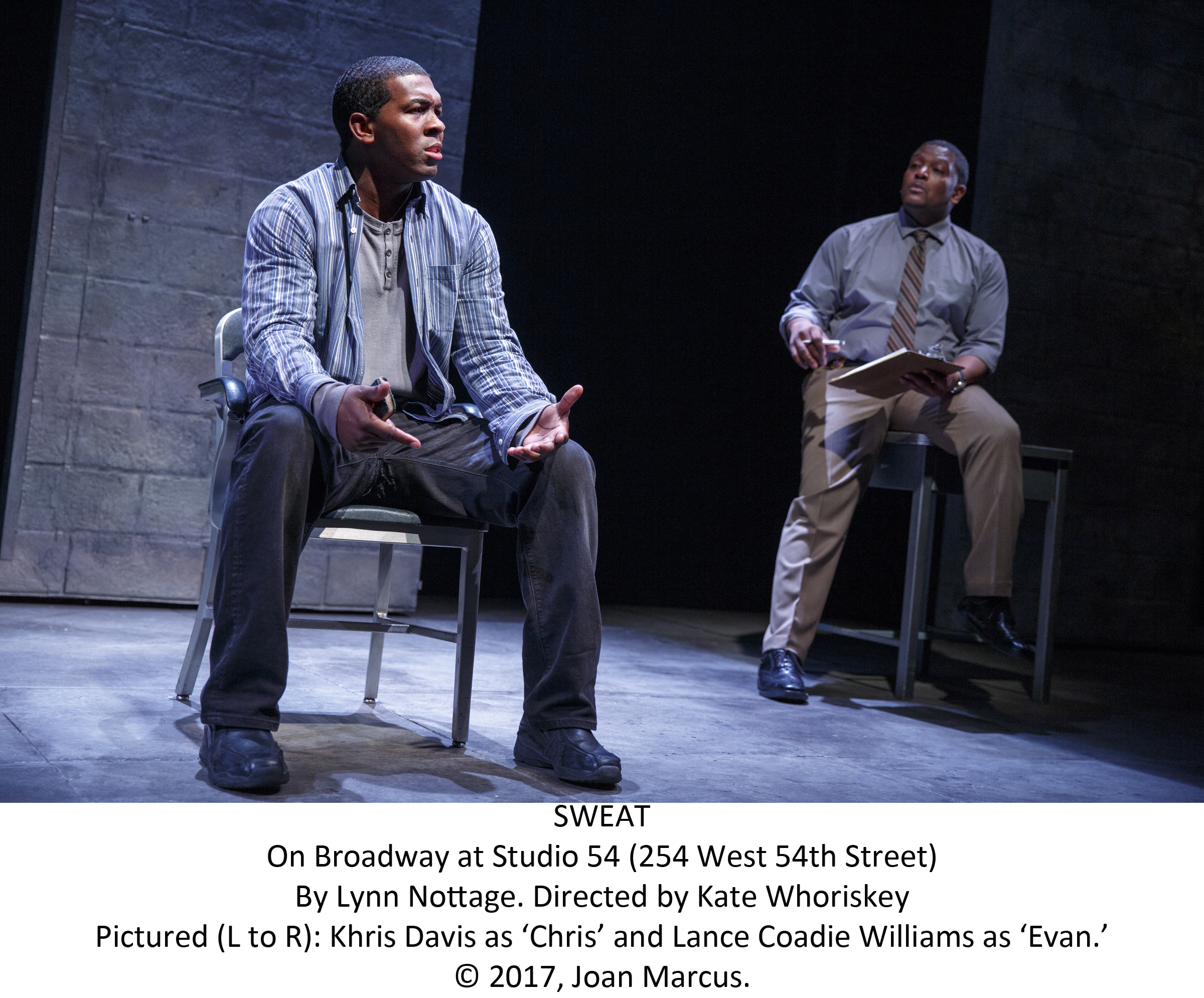 In addition to This is Reading, the husband-and-wife team has developed original projects for HBO, Sidney Kimmel Entertainment, Showtime, This is That, and Harpo Productions. Nottage says one of her goals is for the two of them to work on a film project about runaway slaves.

As a follow-up and a companion piece to Sweat, Nottage is writing a new play, a comedy titled Floyd. Friend and filmmaker Lisa Cortes notes that Nottage’s work is notable for its humanity. “One aspect of Lynn’s genius as a storyteller stems from her centeredness and commitment to listening deeply,” says Cortes. “She hears and gives voice to what is thought and not spoken. And from that space springs the nuances that create rich, unforgettable and beautifully human characters.”

Last summer, Nottage joined the writing and producing team of Spike Lee’s upcoming Netflix television series She’s Gotta Have It to help shape the direction of the show. The series, which is currently in the editing phase, is scheduled to debut this year. “Spike was in the room with us, and we had this exciting summer,” says Nottage. “We got to sit around with a creative genius like Spike, and brainstorm about stories, and break them down and put them on the page.”

Another project Nottage is completing is Front Row Productions’ Broadway-bound, musical adaptation of the classic film Black Orpheus with lead producers Stephen C. Byrd and Alia Jones-Harvey (Eclipsed, The Trip to Bountiful, A Streetcar Named Desired, Cat on a Hot Tin Roof). Black Orpheus will be directed by George C. Wolfe with Daryl Waters as the composer. “It’s a tremendously exciting project,â€ says Nottage. “We’ve written the first draft of the script, and we’re trying to figure out how to integrate all the music and move to the second draft. We’re in a really good place.”

Byrd and Jones-Harvey have been in development on Black Orpheus for several years now. Byrd is delighted with the direction of the project. “Working with George, Lynn, and Daryl on this iconic project has been one of the most memorable, rewarding, and enlightening experiences that I have had in my producing career,” says Byrd. “They are Broadway royalty and a real dream team.”

Nottage has also partnered with composer Ricky Ian Gordon to adapt one of her best-known plays, Intimate Apparel, into an opera. The play, which premiered in 2003, is co-commissioned by the Metropolitan Opera and Lincoln Center Theatre. Nottage and Gordon were aware of each other’s work and began discussions a while back about creating an opera together. Unbeknownst to the other, each was interested in the idea of turning Intimate Apparel into an opera. “It took us a year to say that,” Nottage explains. “I finally said to him one day, ‘You know what would make a great opera? Intimate Apparel. He said, ‘Oh my God, that’s what I’ve been thinking all along, and I was too embarrassed to say it.’ Ricky just completed the music. He did a magnificent job. He’s a brilliant composer, and I think this may be his best work.â€ Although a date and a theater have not been set, Nottage is confident that Intimate Apparel will see the light of day. The proposed timeframe is 2019.

Looking ahead, three of Nottage’s plays will be presented during the 2018-2019 season of New York’s Signature Theatre, which has named Nottage as the season’s Residency One Playwright. Nottage hasn’t yet decided what those three works will be but feels there’s been so much focus on the heavier work that she would like to shift the focus to feature a lighter side of Nottage.