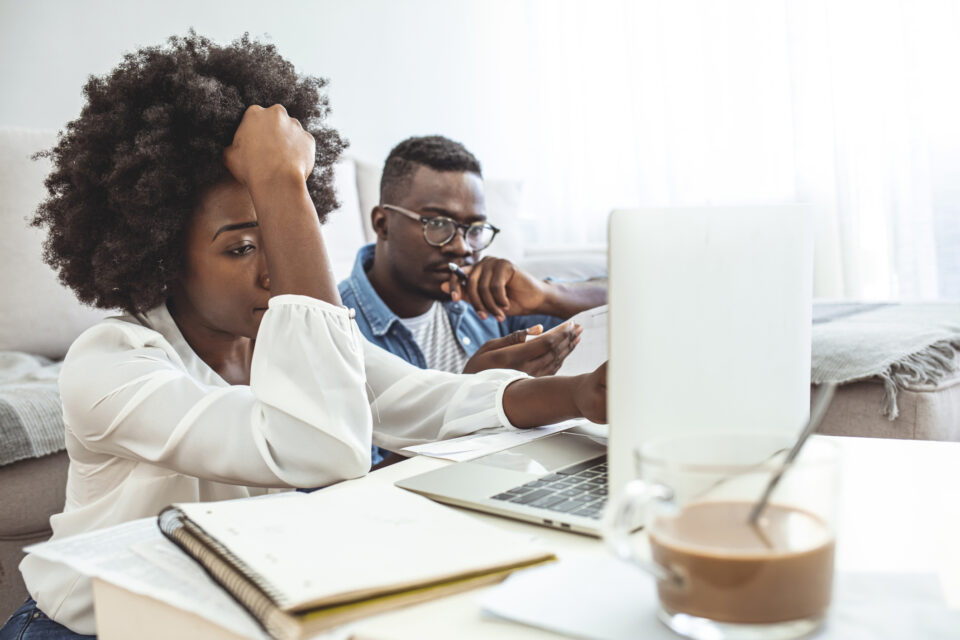 Multiple reports show Black Americans have already been walloped by the destructive sting of COVID-19.

Now, the dilemma is resurfacing again. Some 38% of U.S. households  report facing serious financial problems over the last few months, a poll by NPR, the Robert Wood Johnson Foundation, and the Harvard T.H. Chan School of Public Health, shows.

For Black and Latino households, over 55% disclosed serious financial problems. That is much larger than the 29% for White households. The findings, reported by NPR, were based on poll of 3,616 adults done between early August and early September.

A dearth of savings is a big contributing factor in the uneven financial toll of the pandemic.

“The racial wealth gap is real, and one of its most basic manifestations is not having liquid assets,” says William Spriggs, professor of economics at Howard University and chief economist to the AFL-CIO.

Nearly 19% of all households say they lost all their savings during the COVID-19 outbreak, leaving them none to turn to. It is even worse for Black households, as about 31% reported losing all of those funds.

And asked if anyone in their household had been having serious problems in the past few months —  like  paying the mortgage or rent, making car payments,  covering credit cards/loans/other debt, and affording medical care — the figures were disturbing. For instance, 56% of Black households said they had problems. That was the second highest percentage of among the five racial groups that responded.

To boot, the recent expiration of federal unemployment benefits that gave millions of Americans a financial lifeline to help make ends meet has been a major blow.

“That’s all gone away,” Spriggs says. “So that is, I think, the number one reason you saw special stress in Latino and Black households — because without the boost to the unemployment check, without the stimulus checks still being there, these households simply don’t have the savings to endure and be resilient during downturns.”