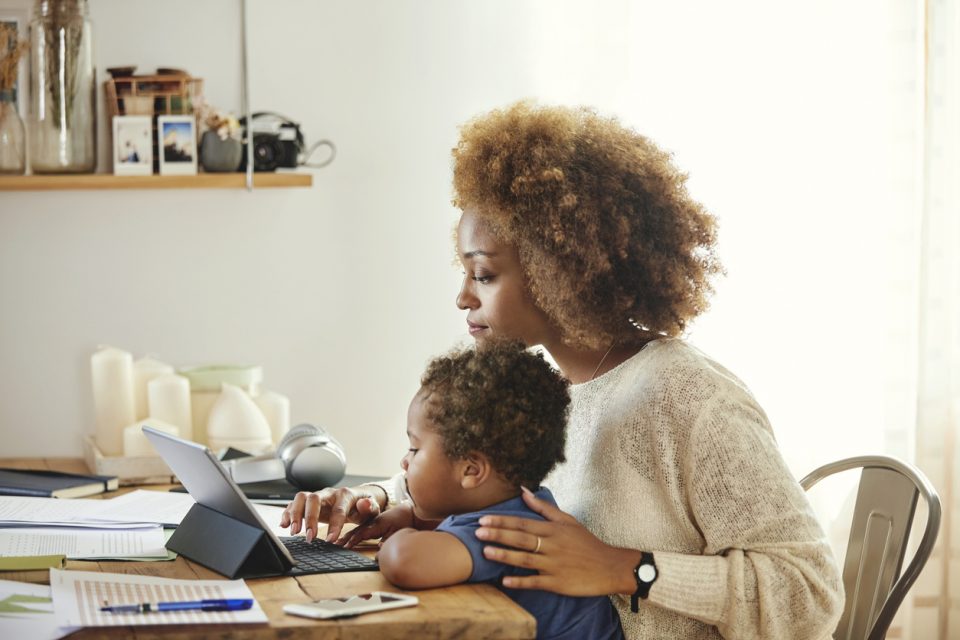 The pressure has increased for women who are juggling home and work-life in addition to the pandemic. According to a survey produced for ABC News by Langer Research Associates, women are being disproportionately impacted by these unprecedented times.

“Thirty-one percent of people with annual household incomes less than $50,000 report worse finances compared with pre-pandemic times, as do 30% of Hispanics, 27% of rural residents, 25% of women and 24% of those who don’t hold a college degree,” the poll found.

ABC News reported that this ABC News/Washington Post poll was conducted by landline and cellular telephone between April 18–21, 2021. It was completed in both English and Spanish. The random national sample consisted of 1,007 adults.

Lines between home and work-life blur severely for women, due to roles that are often associated with motherhood. For many, constantly helping kids at home conflicted with typical schedules and work demands. A new normal partially arose out of required supervision of children and decreased childcare options.

The United States Census Bureau reported that the transition to online schooling and stay-at-home orders during the coronavirus pandemic required at least one adult in the home to focus on the children. Tasks such as helping students with schoolwork and supervising them all day impacted working mothers.

The Census Bureau noted that women between ages 25-44 are almost three times as likely as men to not be working, because of childcare demands. In 2020, NPR reported that  865,000 women already left the U.S. workforce. Additionally, NPR said that exhaustion from child care and housework demands led many women to stop working.