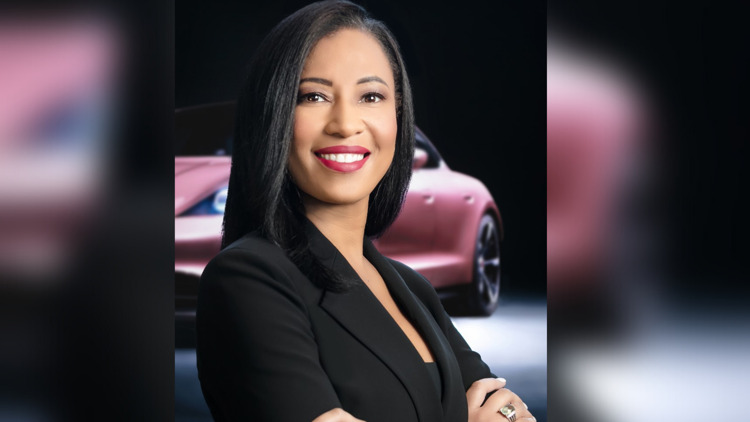 In just a few short weeks, Black History Month celebrations will give prominence to all Black historymakers this year, including Ayesha Coker. Porsche, a German automobile manufacturer, has appointed Coker as the first Black woman to join its Executive Committee.

According to the Porsche Newsroom, she is the second new appointment to the nine-member PCNA executive leadership team in recent months after Margareta Mahlstedt joined as vice president of Customer Experience.

Coker’s promotion follows after 10 years of dedication with Porsche. She has a proven track record of leadership and operations oversight among her achievements. She has led the German marque’s experiential brand marketing, strategic partnerships, sports marketing, motorsport, and the Porsche Club of America in the U.S. Coker has also overseen the operations of the Porsche Track Experience, Porsche Travel Experience, as well as the Porsche Experience Centers in Atlanta and Los Angeles. She was also previously the director of Experiential Marketing for PCNA and succeeded Pedro Mota, former vice president.

Before joining Porsche, Coker served in various marketing roles for automotive companies including, Merkley and Partners and GMR Marketing. She is an alumna of the University of Maryland Eastern Shore and the Fashion Institute of Technology. She holds a Bachelor of Science in Fashion Merchandising and an Associate Applied Science degree in Advertising and Integrated Marketing Communications.

“Ayesha and Margareta bring new energy, unique perspectives and significant experience to the Executive Committee,” said Kjell Gruner, president and CEO of PCNA. “With over 15 years in the automotive industry— and 10 of those years dedicated to the Porsche brand—Ayesha has demonstrated that she is equipped for the task at hand in her new role.”