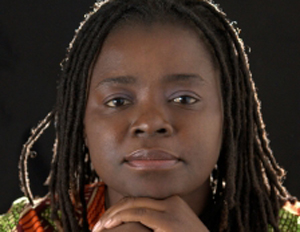 Christine Martey-Ochola, Ph.D., has a diverse career that one just can’t confine to limits. “I’ve been trying to find a box to fit in, but I don’t quite fit,” she says as she reflects on her path to becoming the co-founder and president of the Sub-Saharan Africa Chamber of Commerce.

Not one to shy away from new experiences, Martey-Ochola started her career as a food science technologist in Kenya and immigrated to the United States to further her education. Her studies quickly led her to becoming a chemist and professor, yet she never suppressed her entrepreneurial spirit. Rather than embracing the fear that often comes with risk-taking, Martey-Ochola chose to pursue all of her interests, from science and higher education to business development in Africa.

When Martey-Ochola isn’t advising investors in African countries, she can be found talking to college students on issues of trade and investment in Africa, consulting university officials on education policy, or doing research for pharmaceutical companies.Â  Illustrating that there is no clear or single roadmap to success, Martey-Ochola’s leadership at the Sub-Saharan Africa Chamber of Commerce is influenced by her varied career journey.

In a chat with BlackEnterprise.com, Martey-Ochola discussed her experiences and how they have influenced her global work with businesses.

BlackEnterprise.com: What did you draw from your career background in science when transitioning into being an entrepreneur?

Christine Martey-Ochola: I started off as a food science technologist in Kenya. When I look back now, I think it was a key driver in who I am today. In studying food science technology, I had to think about economics, production scaling, food and sustainability.Â  I had a curriculum that was quite robust in science, technology and economics.

After that, I worked at the Kenyan Bureau of Standards and that gave me the opportunity to look at commercialization and standardization because I was working with products from companies that had been able to scale up. That was my first taste of what it’s like to interact with big businesses. At the same time, I had my own business; I used to make (and sell) organic fruit juices and that was how I was able to pay for college in Kenya.

I realized that even though my background was in science, I was an entrepreneur and have always been in that nexus.

How does your identity as an African diaspora woman affect your work as an to adviser to businesses seeking expansion in African markets?

The perception is that Africa is not an easy place to do business, so before I bring in my gender, I first have to bring in the continent. A lot of times we have had issues with businesses considering Africa as a destination. The barrier is not necessarily that I am a woman but that we are talking Africa. I find that the sell for me is in trying to sell Africa as a destination.

There are some people who struggle with an African woman discussing business—especially when discussing investment and significant trade—because that is a field that many businesses are not used to seeing African women playing a role in. However, over the past eight to 10 years, there have been a lot more women in leadership roles in Africa who have actively engaged in business in U.S. and Africa.

I think I see the barrier not so much as an African woman but more around the branding on Africa and the role of the African woman in business.

What key advice do you have for professionals with the desire to work with and in African countries?

Research: Visit the specific country of interest. Find out what Africa wants and determine whether what Africa wants matches what you have to deliver. Doing that fundamental market research is key in setting the stage for whether a company will be successful or not in Africa. You might find that a product will do well in Ethiopia, but completely fail in South Africa.

Engage locally: People who actively engage with local partners who are skilled and knowledgeable in the given business sector tend to (1) get a foothold much faster in their country of entry, (2) have people with a vested interest in seeing the company thrive, and (3) get a good understanding of the potential flux within the market in which they want to establish their business.

Utilize the African diaspora: If entrepreneurs have access to African diaspora who have skill and knowledge in that [business] sector, I encourage them to engage this group of highly skilled individuals.Â  Diaspora typically have deep connections in the country of interest, and can relate to the business ethos of the investing entity yet also understand local business culture.Â  They typically have a strong network within the country of entry, can relate to employees, and usually have a good understanding of the socio-economic and socio-political environment.

Nina Oduro (@NinaBasiwa) is the founder of AfricanDevJobs.com, a platform for Africa-based development job opportunities, professionals’ voices and career advice, with a special focus on highlighting the contributions of Africans and the African diaspora. Committed to women’s empowerment, education and youth leadership development, she serves an adviser, trainer and facilitator for programs and initiatives aimed at positive youth development in the U.S. and Africa.