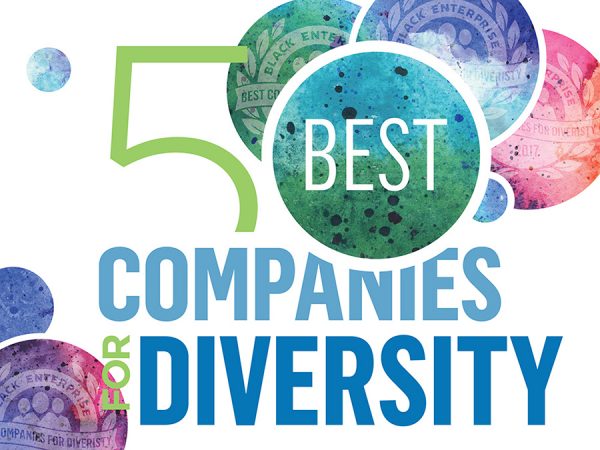 BLACK ENTERPRISE, in collaboration with The Executive Leadership Council, the leading organization of black senior managers, has released its annual listing of the 50 Best Companies for Diversity as featured in the publication’s November/December 2017 issue. These 50 companies recognize the value of the link between diversity and engagement, which is driven by corporate leadership at the highest level.

In 2005, BLACK ENTERPRISE began publishing its list of the “Best Companies for Diversity,” identifying those corporations that proved to be the best of the best in developing a culture and executing policies that promoted inclusion of African Americans within their workforce, senior management ranks, corporate boards, and supplier pools.

“At a time when African American executive talent is more abundant than ever, corporations should willingly embrace our inclusion to drive their performance,” says BLACK ENTERPRISE‘s President and CEO Earl “Butch” Graves Jr.  “The strength of our nation is in its diversity. In order for America to fully realize its potential, African Americans and other minorities must be an integral part of that equation—period.”

To select our 2017 companies, BLACK ENTERPRISE sent surveys to the nation’s top 1,000 publicly traded companies as well as to the 100 leading global companies with strong U.S. operations. The final list includes those that showed a commitment to diversifying its ranks in four areas: employee base, senior management, procurement, and board of directors. Companies were also chosen by their programs created to nurture and maintain a diverse professional space. Surveys didn’t simply focus on black inclusion, but ethnic-minority groups as defined by the U.S. Census Bureau. Supporting criteria used to finalize the list included efforts directed toward women, people with disabilities, veterans, and the LGBT community.