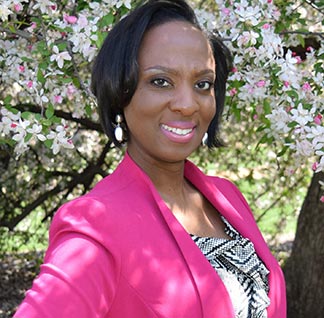 Princeton University recently announced that LaTanya Buck (left), founding director of the Center for Diversity and Inclusion at Washington University in St. Louis, will join Princeton in August as dean for diversity and inclusion.

The Ivy League school was also in the news recently for deciding not to remove the name of Woodrow Wilson, a previous president of the college as well as president of the United States, from its School of Public and International Affairs and from a residential college.

Protests have roiled college campuses across the country lately, many led by African American students. But Princeton has a unique history and connection to the very American legacy of racial segregation.

According to a report by NPR, the decision not to remove Wilson’s name didn’t come easily. Princeton’s board of trustees had weighed the issue and, despite student protests–one last year lasted 32 hours–decided to retain Wilson’s name.

The trustees reportedly said that the university “needs to be honest and forthcoming about its history.â€ They also called for “an expanded and more vigorous commitment to diversity and inclusion at Princeton.â€

The hiring of Ms. Buck may just be the most obvious indication of the university’s new commitment.

Her position, dean for diversity and inclusion, was created in response to recommendations of Princeton’s task force on diversity, equity, and inclusion.

Buck holds a doctorate in higher education administration from Saint Louis University. At Princeton, she will be part of the campus life leadership team. She previously worked as assistant director and coordinator for minority student recruitment and in the Office of Multicultural Student Services at both Missouri State and Morehead State.

Janet Smith Dickerson, vice president for Campus Life at Princeton from 2000 to 2010 and formerly a dean at Earlham College, agrees that institutions can’t whitewash their past.

“While institutions cannot rewrite or erase their histories, I think we have entered a time of intellectual truth-telling that requires our institutions to be forthright about the roots of underlying racism, sexism, and classism that may have impacted their founding, development, and growth.

“I believe these decisions [to hire deans of diversity and inclusion] reflect the earnest desire of campus leaders to respond to and improve the intellectual, cultural, and social environments that many perceive to be challenging for underrepresented students.

“No one administrator … can ‘fix’ an environment that is not inclusive; however, committing resources to an office and a position can be seen as evidence of identifying diversity and inclusion as institutional priorities.â€