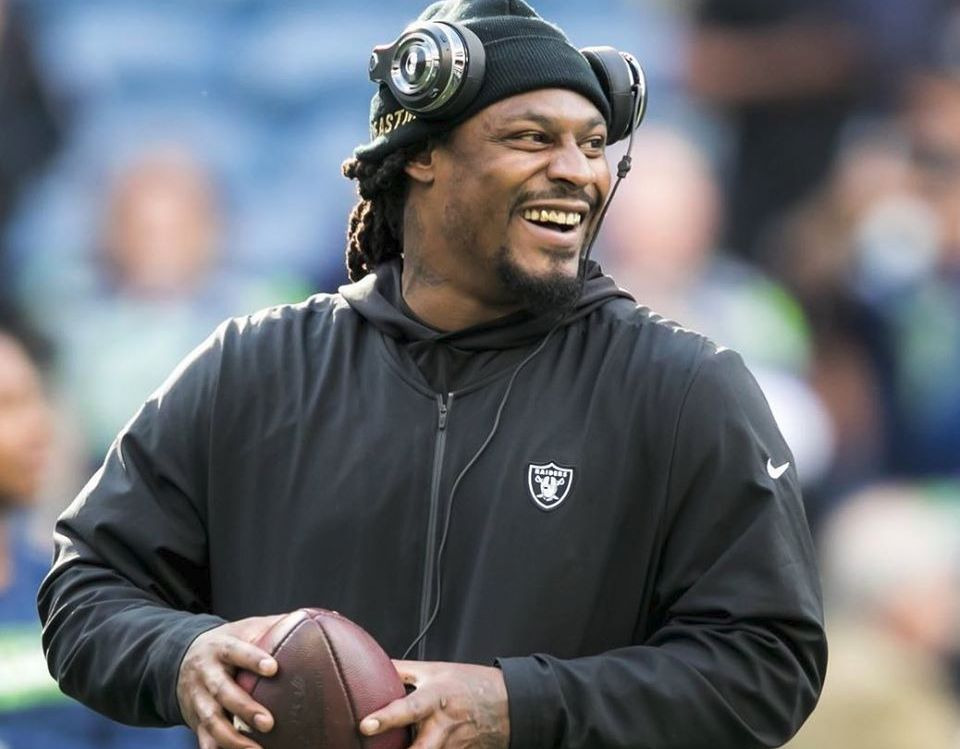 Some students are not really feeling the selection of NFL player Marshawn Lynch as the speaker at Princeton University’s Class Day.

After news of Lynch’s plans to address the class of 2020 arrived, some students wrote an open letter in the school paper, The Daily Princetonian, to express their disappointment in the choice of speaker and to reform the selection process.

“Mr. Lynch’s sustained professional excellence is not the only reason we are excited to have him serve as our Class Day speaker. His substantive work in communities stands alongside his on-field success,” Class Day co-chairs Jonathan Haynes, Jaylin Lugardo, and Caleb Vissesaid wrote to students. “Our goal was to invite a speaker who embodies the various experiences we have shared as a community during our Princeton tenure; someone whose professional and personal passions speak to the service-focused and intellectually rigorous interests core to the University.”

In explaining the reason for their choice of Lynch as the speaker, the co-chairs made mention of Lynch’s Fam1St Family Foundation. Through his foundation, Lynch has helped provide access and leadership opportunities for underserved youth in the Bay Area. An example of his charity work: in 2018, he helped launch a Phones for the Homeless initiative, which purchased smartphones and service for 3,000 people facing homelessness on the West Coast.

“Before we began the selection process, the Class Day Committee reflected deeply on shared values and variety of experiences of the Class of 2020 and our time at Princeton,” Haynes said. “We ultimately wanted to prioritize a speaker that moved beyond rhetoric in their personal and professional lives but actively integrated their values into their practice. With those considerations, I could not think of a better speaker than Marshawn Lynch.”

“After all, Mr. Lynch’s career on and off the field touches on so many of our varied Princeton experiences and reflections; he aptly embodies [Princeton’s] informal motto, ‘In the nation’s service and the service of humanity,’” the students said.

After the announcement was made, several students drafted an open letter that was presented in the school’s newspaper expressing their thoughts on the selection for this year’s event:

“To the Class Day Co-Chairs,

We wish to express our thoughts on the choice of the Class Day speaker for 2020 and propose improvements that could be made to the speaker selection process. As seniors, we had been looking forward to the speaker announcement for months. Many of us were disappointed when we saw that this year’s speaker was to be Marshawn Lynch, mainly because we did not feel included in the process by which this speaker was nominated and finally selected.”

It seems that the students who are disappointed with the decision came to the conclusion that Lynch isn’t the right person based on his famed reticence with the media:

“We came across articles discussing Lynch’s reticence with the media and his terse responses at press conferences. In 2013 and 2014, for example, Lynch was fined $50,000 and $100,000 for refusing to speak to the media. During the 2015 Super Bowl Media Day, Lynch famously responded to multiple questions with variants of ‘I’m just here so I won’t get fined.’ With no other frame of reference, such reports caused confusion over the set of criteria that led to his nomination.”

Marshawn Lynch has played for the Buffalo Bills, Oakland Raiders, and most famously the Seattle Seahawks, where he made four Pro Bowls and helped win Super Bowl XLVIII. Lynch earned the nickname “Beast Mode” for his powerful running style and consistent ability to run over defenders and break tackles.