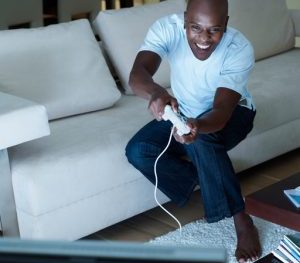 A new study shows that playing video games can further your career.

“WoW” players often engage in online “raids.â€ This is cooperative gameplay in which a group of online players work as a team to advance in the game by fighting battles together or embarking on quests.

MMORPG players who successfully work as a group during raids exhibit the same personality traits that are needed to work well in virtual workplaces, according to the research.

These traits are characterized by psychiatrists as “The Big Fiveâ€ personality traits–extraversion, agreeableness, openness, conscientiousness, and neuroticism.

“What we wanted to look at was virtual teamwork and what kind of characteristics a person had in-game that would translate to real life and the workplace,â€ she says in a post on Missouri S&T’s website.

The team conducted the research with 288 “WoW“ gamers who varied in age, race, sex, class, occupation, and location.

“I like the idea that there are aspects of gaming that help and strengthen a person with skills, knowledge, and abilities to be able to transfer those skills into the workplace,â€ she says. “If it helps students like me, I want to see if it helps people in the workplace.

“This research shows us that those skills, while not exactly the same, they transfer,â€ says Short.