The Push to Help Uber and Other â€œGigâ€ Economy Workers 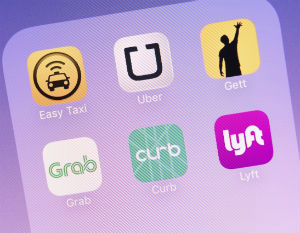 The distinction between employees and independent contractors has become more confusing with the increasing amounts of people working for sharing economy–also known as “gigâ€ economy–service companies such as Uber, Lyft, and TaskRabbit.

That is the finding of Washington D.C.-based think tank, the Information Technology and Innovation Foundation (ITIF). The new type of worker–someone who drives for Lyft, for example–is creating problems with tax filing and withholdings for both workers and the businesses.

At a hearing titled The Sharing Economy: A Taxing Experience for New Entrepreneurs Part I, ITIF senior fellow, Joe Kennedy, made the case for reforming labor laws to reflect the new working model created by services such as Uber. In his testimony, Kennedy explained, “This centuries-old, common-law distinction is getting in the way for gig economy companies that want to support their independent contractors by providing benefits such as training, business advice, and financial planning.â€

“From help with taxes, to record-keeping and withholding, these types of benefits and services could be enormously valuable to workers who are, for all intents and purposes, running their own businesses. If a company wants to offer withholding to all workers, or pay for access to tax or business advice, or extend benefits to independent contractors, why would we want to discourage that by insisting that it also must be subject to minimum wage, collective bargaining, and unemployment insurance legislation?â€