Quavo Donates $150,000 To Single Moms In Atlanta Ahead Of Mother's Day 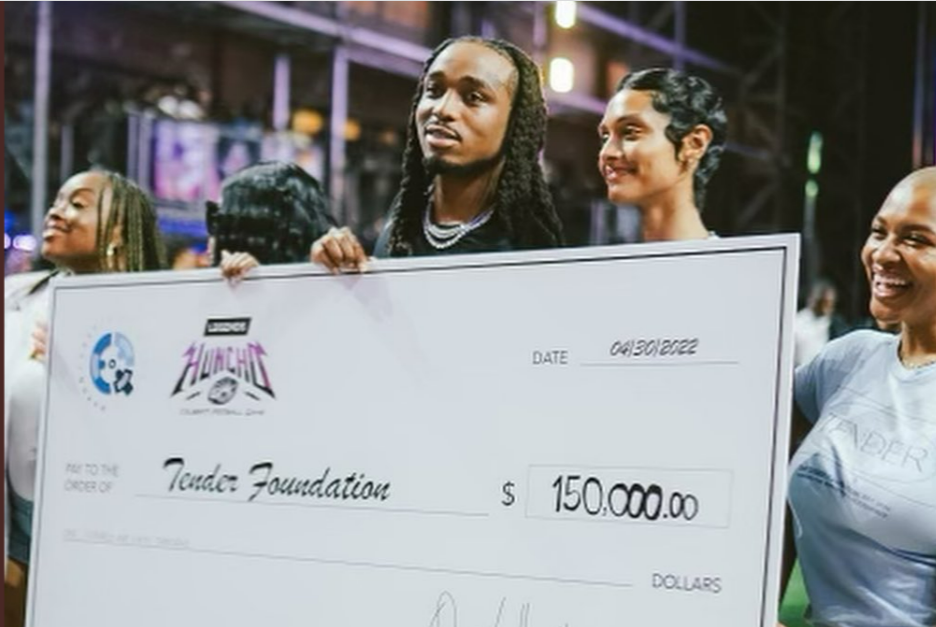 Migos rapper Quavo is celebrating Mother’s Day by giving back to single mothers in his hometown of Atlanta.

On Saturday, Quavo teamed up with the apparel brand Legends to host his annual Huncho Day celebrity charity football games. As part of the games, Quavo donated $150,000 to the Tender Foundation in support of single moms, The Source reports.

“This is my favorite day of the year,” Quavo said of his charity event. “There’s nothing better than getting together with friends and family and playing a little ball for the community.”

The games were held at FCF Campus at Pullman Yards and streamed live with play-by-play commentary courtesy of Greg Mescall and Ryan Shazier.

“Giving Back Feels Better Than Receiving! 150k To The #tenderfoundation To Help All Single Moms Across Atlanta Ga,” he tweeted.

Giving Back Feels Better Than Receiving! 150k To The #tenderfoundation To Help All Single Moms Across Atlanta Ga pic.twitter.com/g4Lv2zIfTB

Jaycina Almond, the founder of Tender Foundation, released a statement applauding Quavo’s donation and explaining how it will continue to help the organization serve its mission.

The new initiative serves as a guaranteed income program founded on the premise of securing every mother an opportunity to care for their children without the stress of survival. The Bridge aims to disrupt the disparities that plague many single-parent households and force generational poverty on Black women and their families.