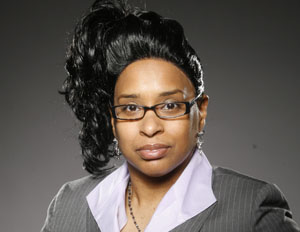 They say sometimes you have to go through deep valleys to get to the mountaintops of success. Veteran street lit author and publisher Wahida Clark’s rise to fame is one that includes a valley of nine years in prison. While incarcerated, Clark decided to make the best of her time, learning all she could about writing a book, securing an agent, and getting published. Upon her release in 2007, she kept the momentum going.

Her story of triumph has been highly publicized, going from prison inmate, to having books on The New York Times and Essence bestsellers lists, to starting Wahida Clark Presents Publishing, with more than a dozen authors under it’s umbrella. Clark recently expanded her empire by inking a deal with Cash Money Content for her latest release, Payback Ain’t Enough (Cash Money Content; $14.99).

BlackEnterprise.com caught up with the “Queen of Thug Lit” to talk second chances, family business, and expanding her brand into filmmaking and more authors.

BlackEnterprise: You began writing while serving time in prison. What was the process to go from writing to getting published while incarcerated?

Wahida Clark: I was working in the law library, and while looking through a magazine, I read a sidebar about an author in prison who wrote a book called B-More Careful. My job was to open the library, and as I was looking at all the books on walls, I began to visualize my name on spines. I said to myself, ‘I’m going to write a book.’

When you make one step, the universe opens up for you. A young lady came to serve time, and her career on the streets was working as a literary agent. She requested to give a class on publishing and creative writing. When they posted the sign-up sheet for classes, I was the first to sign up. I became a student of the game.Â  I learned that you had to write query letters and draft a synopsis.

I got rejected many times. I decided to take a chance and write author Carl Weber to ask for advice. He actually wrote me back. He’d started a publishing company, and I sent him the manuscript for my first book. It was so long that we cut it into a series, and there you have Thugs and the Women Who Love Them and that series.

After my first books were published, my name started ringing bells. Other aspiring authors began to contact me to get put on, and I told them that when I got home, I was going to start my publishing company. I’d studied about how to do that and had my business plan ready.

You’re now a veteran in the publishing world and have found longterm success. How were you able to remain successful at doing something some naysayers initially saw as a fad?

Wahida Clark: You have to love your craft, and I write for my readers. My readers have been able to take the journey with me and grow with me. Writing series has helped a lot because you can pretty much pull from each book. I’m able to continue the series as to how my readers would want to see. My goal is to write where you can’t put the books down and you get into the vividness of the characters. Readers will call it out when you don’t keep it authentic. They keep it 100 and they keep it real. If they come across something that is unbelievable, they’re quick to say that is unrealistic.