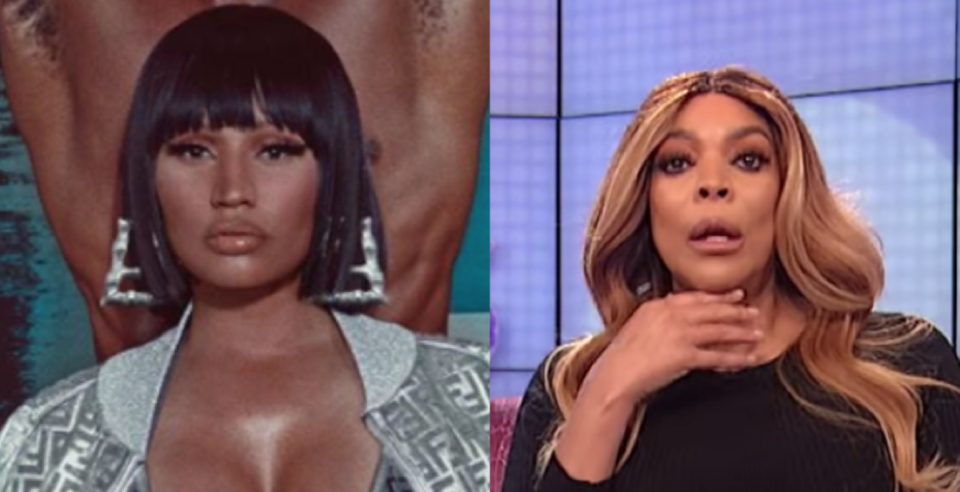 Wendy Williams has joined in on giving Nicki Minaj praise for her latest musical release.

The Queens emcee has been the topic of discussion following the re-release of her 2009 mixtape, Beam Me Up Scotty, last Friday, USA News Hour reports. Included in the project are three new tracks that hip-hop fans have been lauding for showing off her lyrical ability and solidifying her reign as the top female rapper on the scene.

Public figures who she once feuded with in the past have started to sing a new tune including Charlamagne Tha God, and even Yung Miami from the City Girls who asked Nicki to unblock her on Instagram, The Source reports.

Now the Hot Topics queen herself has decided to give Nicki her flowers after the two public figures engaged in a nasty war two years ago.

“She still has to compete with those young girls because they are people in the making, but Nicki to me is definitely an icon and definitely a legend,” Williams said while speaking with her show guest Michael Yo. “She’s done things they haven’t even touched — even if they have hit music.”

She went on to further applaud the Pink Friday rapper for being “different from the rest.”

After a Nicki fan page reposted the show clip on its Instagram page, Nick hopped in the comments to return the love to the daytime talk show maven.

“You are an icon & legend as well @wendyshow,” Nicki wrote.

It looks like fans might get to see her appear on the show in the future. The platinum-selling artist has been promoting her new music and embracing all the support coming her way.

It was back in 2019 when Minaj and Williams lobbed low blows at each other after Wendy spoke about Nicki’s brother and her husband on her show, Billboard reports. Nicki returned the shade during an angry tirade on her Queen Radio show. But it looks like her musical hiatus helped ease all the tension.