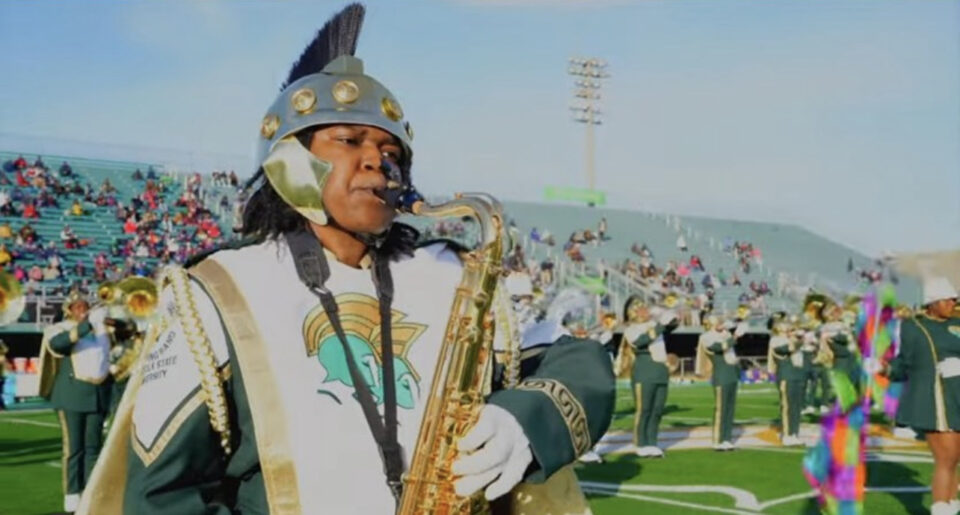 The sociology major and senior has been crowned Cap ’N Soul, which bestows her leadership over the team of about 250 staff and student musicians, dancers, and flags from states nationwide, The Virginian-Pilot reported. She is the first woman to hold the title at the Norfolk-based HBCU, and wants to be an exemplary model for women to lead.

“One of my main focuses when I was auditioning to be a drum major, I was telling people not only am I running for myself, I’m running to inspire other women to take on these positions,” she told the outlet.

“We need more women in these leadership positions.”

In fact, several of the band’s section leaders are women, per the news outlet.

Jackson, who attended Freedom High School in Woodbridge, Virginia, was more interested in choir and orchestra until she picked up her band instrument in her junior year. She leaned on the encouragement of the high school’s band director who graduated NSU as a member of its legendary band.

She fell in love with NSU’s campus and joined the Spartan Legion Saxophone section in 2018.

Her transition from nursing to sociology nearly prompted her to take a break from the band, but her supporters, including last year’s Mr. Spartan, Jonathan Lee, inspired her to pursue her history-making role.

Among her notable responsibilities, Jackson is also a proud member of the Epsilon Sigma chapter of Tau Beta Sigma since 2020 and currently sits on the executive board for the 2022-2023 school year. Her sisterhood gave her her flowers on social media.

Founded in 1975, the award-winning “Legions” band is known for the Philadelphia Parade commemorating the 200th anniversary of the Constitution (1987); the Mardi Gras in the Rex Parade in New Orleans (2003); the MLK “Drum Major for Justice” Parade, St. Petersburg, Florida (2006); the Honda Battle of the Bands Invitational Showcase (2007 and 2008); and the Norfolk Grand Illumination Parade (2006 and 2007).

Under the direction of William H. Beathea, the band continues to spread the love of the “Legions” across the country.