5 Most Outlandish Resignations in 2012 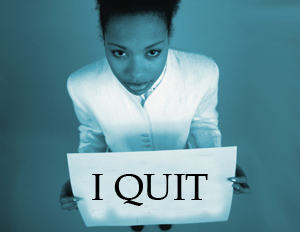 Most people give their written two-weeks notice when they quit, with the most dramatic (or out-of-the-ordinary) option being just walking off the job without any transitioning of a new hire or warning. Well, these people took it to another level, going out with a major bang, AOL Jobs reports. One guy even made his sign-off international news:

A Public Kiss-Off In The New York Times

One of the year’s most high-profile resignations was when investment banker Greg Smith penned a devastating op-ed in The New York Times, headlined, “Why I Am Leaving Goldman Sachs,” Dan Fastenberg writes.

Smith used the piece, published in March, to describe his disgust over the work culture at the Goldman Sachs, where he had worked for a dozen years, including the height of the financial crisis. “The interests of the client continue to be sidelined in the way the firm operates and thinks about making money,” he wrote. The company’s stock price dropped 3.4% on the Standard & Poor’s 500 Financials Index immediately after the op-ed appeared.