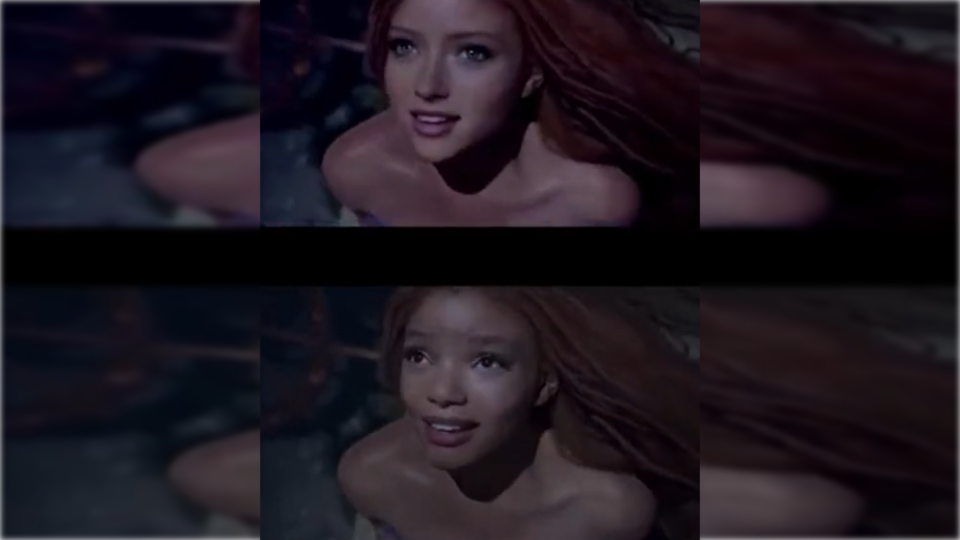 An artificial intelligence (AI) scientist digitally whitewashed Halle Bailey‘s character, Ariel, in a trailer for The Little Mermaid on Twitter, and the man was quickly dragged for filth before his account was suspended.

Another account shared the digital video on Sept. 12 with a caption praising the “ginger white girl” replacement. The account also noted that the AI scientist could digitally “fix” the entire film and claimed it was “over” for woke folks.

“He fixed The Little Mermaid and turned the woke actor into a ginger white girl. He says he can fix the whole move comes out with 4x A6000 in 24 hours [sic]. It’s over for wokecels.”

“If I had to convince people that I am racist using only a gif I would choose this one,” replied one user. Another responded, “Congratulations, you’re racist!”

Other Twitter users noted that while the person replaced Halle’s face in the trailer, they didn’t replace her voice.

One user hilariously replied with a clip from the original movie with some added artwork and the caption, “Stay maddddd.”

Another user replied, “What kind of racist nonsense is this? People were so upset that they [sic] about a non-white but talented actress and singer playing Ariel that they decided to whitewash her and try to erase/invalidate Halle’s racial heritage with misuse of AI technology?”

Bailey told Variety that her grandparents provided her with encouragement after she received racist backlash following the announcement that she had been cast as Ariel for the film’s remake.

“It was an inspiring and beautiful thing to hear their words of encouragement, telling me, ‘You don’t understand what this is doing for us, for our community, for all the little Black and brown girls who are going to see themselves in you,'” said Bailey.

The Little Mermaid will be in theaters next spring.