Documentarian is Exposing the Truth to Reclaim Our Young Men 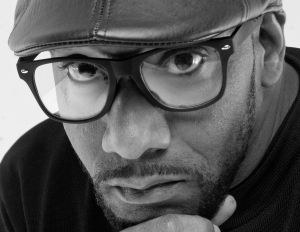 Stories are meant to be told, documentaries are meant to be seen. There are so many different tales that need to be acknowledged and documenting via film is one of the most effective ways to tell a story. There are many issues in the black community and this cannot be denied. Education is the key when it comes to trying to uplift your people, and what better way to do that than through film?

Rahiem Shabazz, award-winning journalist and filmmaker, has a story that needed to be told and with his cunning skills as a journalist and passion for the subject at hand, there was no way he was gonna drop the ball! The critical praise of Elementary Genocide has propelled him further in the game to a point that, although this isn’t his first film, it’s an effective start to many more to come.

The Atlanta resident spoke to BlackEnterprise.com about why he felt the need to film this subject matter, the marketing details, and what’s next for the camera lens.

BlackEnterprise.com: How did you get your start in the entertainment industry, and what led you to your current role as a filmmaker?

Rahiem Shabazz: I started out as a freelance journalist writing for just about every urban-driven entertainment magazine such as The Source, Vibe, XXL, and a few other notable publications. Not too long after, the Internet became the hot spot for journalists to publish their content. In 2005, with a $6 domain name investment, I started RashaEntertainment.com which averages 2.5 million to 3 million page views a month.

My aspiration for film always existed and became a reality when I found out that anyone with a pro-consumer camera and $500 worth of computer circuitry had the capability to make a movie. I wrote and executive produced a short film called “The Sun Will Rise,” won five awards, and got an apprenticeship with Tyler Perry’s studio. Eventually I was hired as a production assistant and continued to work on four films. It was a great learning experience to be present, witnessing firsthand during a professionally run set.

What drives you to be a part of this industry?

The depth and breadth of our human experience has yet to be fully explained in film. There are so many great and captivating stories to tell when it comes to African Americans, and my inquisitive nature propels me to want to tell it. There’s nothing like selling out a theater and moviegoers come up afterwards to explain how moved they were by your film.

Tell us what ‘Elementary Genocide’ is about and why you felt the need to do the documentary.

I like to tell people, ‘Elementary Genocide is more than a documentary, it’s a call to action.’ Â However, the documentary exposes the socially engineered mechanism created by our government and utilizing the public school system to label elementary aged African American males as work for hire targets within the U.S. penal system. Many refuse to believe that there is a corporate attack on the minds and productivity of black youth through intercepting their educational, economical, and social development, resulting in statistically funneling them through the revolving doors of the criminal justice system. Elementary Genocide confirms this theory and seeks to educate parents, teachers, and families so that we can reclaim our young men and ensure the future of our community.

I felt that there was a need for a documentary of this magnitude, because the issues were not being properly addressed and those who were attempting to address them did not speak the language of today’s youth. I was able to capture it in a way that resonates with today’s generation.

Outside of exposing some facts, what else are you hoping comes out of doing this film?