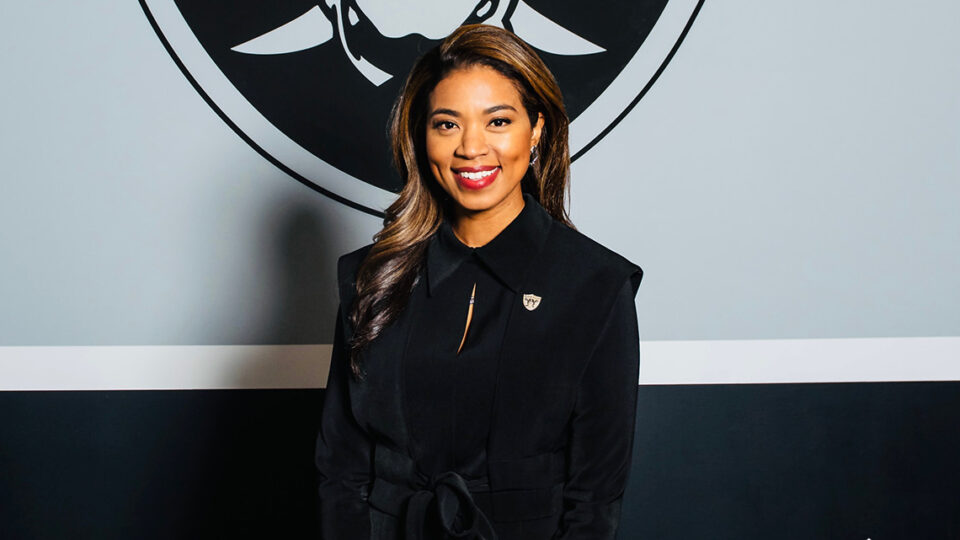 The Las Vegas Raiders made history this week when they named Sandra Douglass Morgan as their latest team president. With the hire, Morgan became the first Black woman in the National Football League’s history to be hired as a team president.

“When Mark and I first discussed this opportunity, I was honored and humbled, but I also had a lot of questions,” Morgan stated at a press conference on Thursday. “It’s no secret that this organization has faced some recent challenges. But I want to be clear: I’m not here to sweep anything under the rug or avoid problems or concerns that need to be addressed.

Morgan, an attorney with a history of firsts, is a Las Vegas native. Before joining the NFL team, she was the first person of color to serve as chair of the Nevada Gaming Control Board and the first African-American City Attorney in the State of Nevada. Morgan was most recently with the law firm Covington & Burling L.L.P. and at one time served as the City Attorney for the City of North Las Vegas. She served as a litigation attorney for an international gaming and hospitality company.

“I am thrilled that Sandra has agreed to join the Raiders family,” Raiders owner Mark Davis said in a statement. “Her experience, integrity, and passion for this community will be invaluable to our organization. From the moment I met Sandra, I knew she was a force to be reckoned with. We are extremely lucky to have her at the helm.”

On the first day as Raiders president, she stated she was excited to meet the president of Raider Nation.

“I’m looking forward to meeting the president of Raider Nation, Ice Cube, whenever he has time,” Morgan told Raiders.com with a laugh.