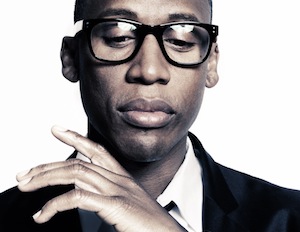 Grammy Award winning singer, songwriter and record producer Raphael Saadiq will bring his signature, old school-futuristic R&B sound to the 2012 Black Enterprise Pepsi Golf & Tennis Challenge during Labor Day Weekend at the Doral Golf Resort & Spa in Miami. Saadiq will add his talents to the top notch, often transcendent performances–by artists ranging from Chaka Khan and Patti LaBelle to Earth, Wind & Fire and Wyclef Jean–that have become a legendary feature of the Challenge. Recognized as one of the world’s most influential musical artists, Saadiq will headline the Miami Blue Evening Concert hosted by Pepsico on Friday, August 31. (Click here for latest updates on the entertainment line-up at #GT2012.)

Since his early days with the groundbreaking 80’s soul trio Tony! Toni! Tone!, Saadiq has carried the torch for old school-futuristic R&B. In addition to releasing critically acclaimed solo Grammy-nominated albums Instant Vintage, Ray Ray, The Way I See It, and Stone Rollin’, for the last two decades Saadiq has worked behind the scenes as a celebrated producer, collaborator and sideman for big-time acts including Elton John, Mick Jagger, D’Angelo, John Legend, Joss Stone, The Roots, A Tribe Called Quest, Stevie Wonder, the Bee Gees, The Isley Brothers, Mary J. Blige, TLC, Whitney Houston, Snoop Dogg, Earth, Wind and Fire, and the list goes on and on.

Most recently, TIME has named Saadiq to the 2012 TIME 100, the magazine’s annual list of the 100 most influential people in the world. The full list and related tributes appeared in the April 30 issue of TIME, available at time.com/time100.

The honor caps off Saadiq’s whirlwind year, in which his latest album, Stone Rollin’, received widespread critical acclaim and debuted at #1 on the Billboard R&B charts. Raphael was honored as Best Male R&B/Soul Artist at the 2011 Centric Soul Train Awards and received a Best Traditional R&B Performance Grammy nomination for his song “Good Man.â€ Before joining Lenny Kravitz on his European and North American Tours, Saadiq headlined a tour that boasted performances at Austin’s SXSW Music + Film Interactive Festival and Coachella Music and Arts Festival. The inclusion on the TIME 100 list just solidified Saadiq’s place as one of music’s most highly regarded recording artists.

Stone Rollin’ – written and produced by Saadiq, who also plays bass, mellotron, keys, guitar, percussion and even drums on most of the tracks — is even more powerful, urgent and bold than it’s predecessor, The Way I See It. The new songs are firmly planted in classic R&B, and nod to Saadiq’s heroes like Chuck Berry, Stevie Wonder, Little Walter and Sly Stone. However Saadiq offers his own contemporary spin, one born out of a combination of his recent touring experiences, as well as inspiration derived from indie acts that hold regular rotation in his ipod.”I still want to be a throwback artist, but with a futuristic twist,” he says.

“I don’t know where the title Stone Rollin’ came from,” says Saadiq. “It just came out of my mouth one day, but it just made sense with where I’m at right now. I feel like I’m stone rollin’, like I’m ready to rock. I’m ready to go. Throw me anywhere and I’ll make it happen. I feel really good about this album.”

And he’s not the only one…in Saadiq’s recent Time 100 article, Sir Elton John describes Raphael, by stating that “he confirmed that great black music is alive and well and not just a string of hip-hop monotony.â€ Elton goes on to say that, “His presence is already massive.Â  It will only increase–and rightfully so.â€