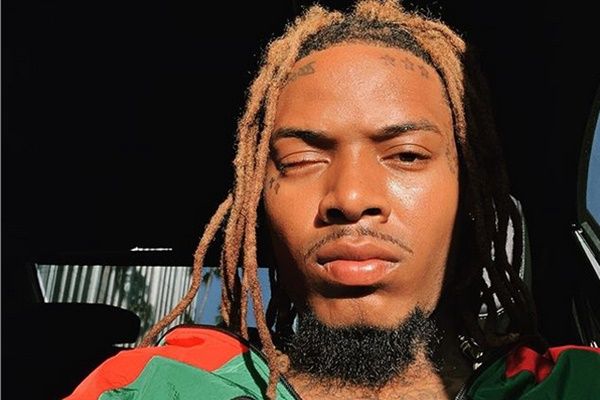 On Friday, law enforcement confirmed that the “Trap Queen” hitmaker was arrested at Citi Field in Queens, New York, on a two-count federal indictment for his alleged role in a bicoastal drug ring based out of Long Island, Page Six reports. The rapper was scheduled to perform at Citi Field as part of Rolling Loud when authorities caught up to him.

“The fact that we arrested a chart-topping rap artist and a corrections officer as part of the conspiracy illustrates just how vile the drug trade has become,” Michael J. Driscoll, a top official with the FBI’s New York office, said in a statement captured by Pix11.

The authorities said that Fetty Wap, whose real name is William Junior Maxwell II, was arrested and indicted along with five other men on firearms charges in connection to the ring. Those taken into custody include Anthony Cyntje, a New Jersey corrections officer, and his brother, Robert Leonardi.

Maxwell is accused of having transported and distributed drugs, including heroin and fentanyl in Long Island, CNN reports. The initial indictment was filed on Sept. 29 and unsealed Friday.

Charges against Maxwell include one count of conspiracy to distribute and possess controlled substances and use of firearms in connection with a drug trafficking crime. Authorities claim drugs were pipelined from the West Coast to the East Coast, “contributing to the addiction and overdose epidemic we have seen time and time again tear people’s lives apart.”

“As alleged, the defendants transported, distributed and sold more than 100 kilograms of deadly and addictive drugs, including heroin and fentanyl, on Long Island, deliberately contributing to the opioid epidemic that has devastated our communities and taken too many lives,” United States Attorney Breon Peace said.

“We will continue to work nonstop with our law enforcement partners to keep our neighborhoods safe from the scourge of dangerous drugs and gun violence.”

Maxwell is expected to appear in federal court on Friday.