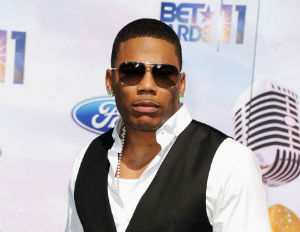 Perhaps the rapper Nelly Â has internalized,Â on some level,Â the wisdom of that proverb. Criticized for not doing more to protest the shooting death of unarmed teen Michael Brown in Ferguson, Missouri,–that is, for not publicly making his protests known–Nelly has nevertheless been quietly supporting those in the black community who are intent on pursuing their education.

In the wake of the Mike Brown shooting and Ferguson, protests last year, many in the black community called for black celebrities to speak out against the injustices shown to their own people. Some black celebrities rose to the occasion, using social media and TV news outlets like CNN to say their piece.

Others, likeÂ Nelly, preferred to move in relative silence and let their actions do the talking. Following the events in Ferguson, the St. Louis rapper came under fire for not visiting the city right away. He eventually visited Ferguson, to speak with protesters andÂ created a scholarship fund in Michael Brown’s name.

The scholarship was not merely a sentimental act to honor the slain college student, but part of a strategic plan to help bring change to the Ferguson, community in the only effective way he believes he can.

“I try to do it through education because that’s the only way we’re going to get it. The only way we’re going to get this is to elevate,â€ Nelly explained in an interview withÂ Hello BeautifulÂ just after the Ferguson anniversary on Aug. 9. “We have to get the kids to go out of these communities. Graduate. Get the knowledge. Come back to the community, and then they can run it because they understand the people and understand the severity of the situation.â€

The Mike Brown scholarship isn’t the only act of altruism Nelly has taken in the area of education. He has sent two students to college on scholarships every year for the past 10 years. To critics who have rebuked him for his lack of vocal support for the events at Ferguson, the Hot in Here rapper asserts that sometimes it’s better to do things quietly.