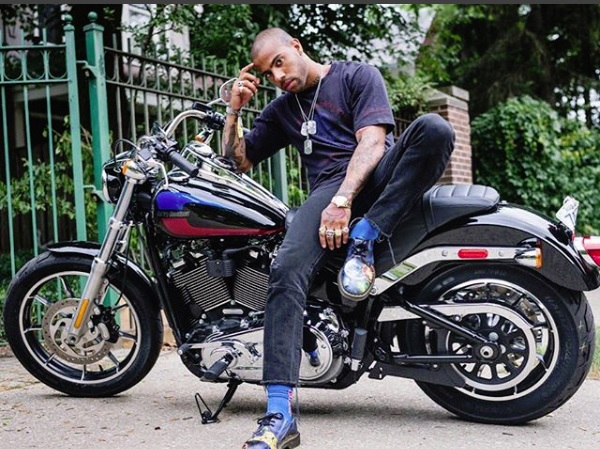 The Chicago police department recently came under fire for setting up a sting operation that many said was a form of entrapment. The operation was a joint effort between the police and Northern Southern Railroad and involved parking unlocked, unmanned trucks filled with sneakers as bait to catch thieves.

Only three people ended up swiping shoes. A viral video of the so-called ‘bait trucks’ sparked outrage and the railroad company has since apologized.

In an effort to diffuse the situation, native Chicago rapper and Roc Nation signee Vic Mensa announced that alongside his SaveMoneySaveLife foundation, 5,000 sneakers will be given away to kids in need at the same location where the “bait truck” incident initially took place. Mensa has asked for the support of shoe companies, professional athletes, and other high profile public figures to make a contribution to this initiative.

The rapper also tweeted an Amazon.com link where anyone can donate by purchasing sneakers directly that will go toward the drive.

Laundi Keeseagle, who serves as the executive director of Vic Mensa’s foundation was quoted as saying, “We wanted to do something in response, but have a positive response.”

According to the Chicago Sun-Times, an official date of the giveaway event has not yet been determined but will be announced once the sneaker goal has been reached.

Vic Mensa is taking a grassroots approach to alleviate an issue that directly affected his community in the Southside of Chicago.  Increasingly, entertainers are using their influence for social impact. Other notable Chicago rappers including Twista, Chance the Rapper, and Common have also given back to the city.

Chance the Rapper has been particularly active in giving back. Last December, he hosted a holiday party at The Field Museum of Natural History in Chicago to raise money for homeless children.

His organization, SocialWorks, raised $2.2 million as of 2017—funds set aside for the Chicago Public School system.