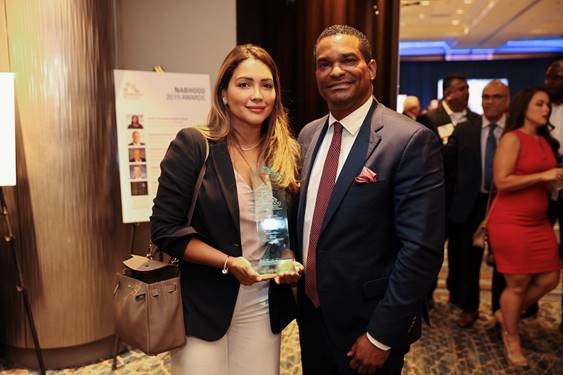 The National Association of Black Hotel Owners, Operators and Developers (NABHOOD), recently honored Raoul Thomas, the founder and CEO of the CGI Merchant Group for his part in the successful opening of The Gabriel Miami, a new Miami hotel.

“Raoul had the good fortune to partner with a star brand to turn that hotel around,” said Ingraham about Thomas’ role in transitioning the property into a Hilton hotel.

In a 2015 interview with Commercial Property Executive, Thomas said that he saw Miami not only as a tourist spot but as a location for international investment and development.

“I think that as Europe comes back in force, Miami is only going to get stronger. Miami is going to become one of the premier gateway cities in the U.S., comparable to New York,” he said.

In June, Thomas’s firm purchased a 162,293-square-foot office building in Coral Gables, Florida, in a deal valued at $54.4 million. His company increases the value of its assets on commercial real estate and infrastructure investments and then turns them into fully-operational assets.

According to a press release, in the past six months, CGI has “deployed more than $400 million in capital multiple assets classes including executive offices and retail space.”

“It is a great honor to be recognized with such an award,” said Thomas about this honor. “This award is a testament to CGI’s growth and our passionate team who delivers outstanding solutions to a base of loyal customers. It is an absolute pleasure to be a part of the 2019 NABHOOD Summit on behalf of CGI Merchant Group and The Gabriel Miami.”