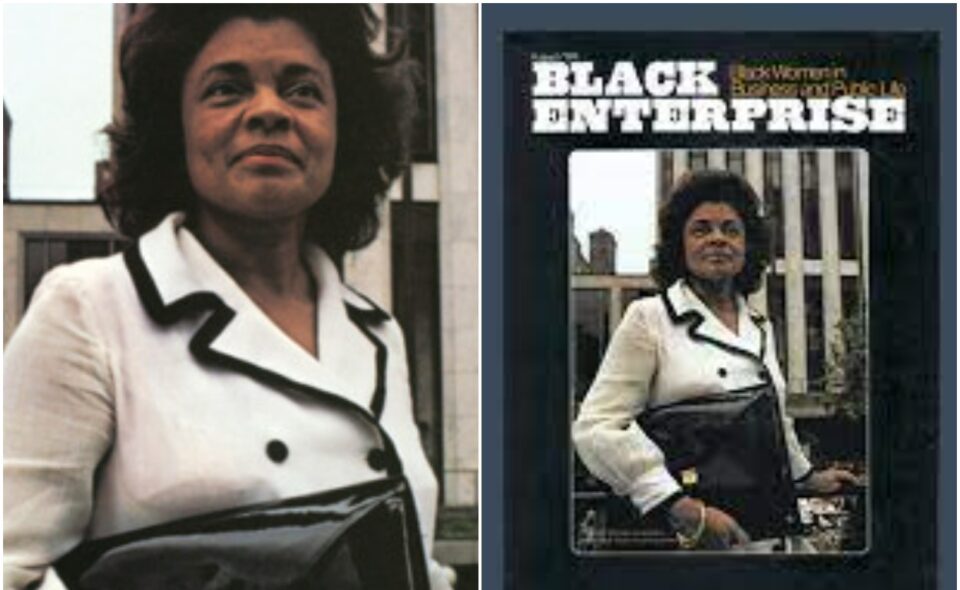 Ernesta Procope, the history-making real estate magnate who established a profitable venture on Wall Street in 1979 when it was rare for Black women to succeed in corporate America, died at her home in Queens at the age of 98, The New York Times reports.

Her influence extended to board directorships with Avon Products and Chubb Insurance at a time when only a handful of Black women could be found in the boardrooms of the nation’s largest companies. Moreover, Procope proved effective in persuading New York Gov. Nelson Rockefeller to support legislation to enact the New York FAIR Plan to guarantee the availability of homeowners insurance in low-income neighborhoods. As a result, 26 other states passed similar legislation.

Taking on an industry that didn’t see people like her set Procope apart from the very beginning.

Featured on the August 1974 cover of BLACK ENTERPRISE’s history-making issue dedicated to African American female executives, Procope’s influence extended throughout corporate America thanks to board directorships with Avon Products and the Chubb Group. A recipient of the Black Enterprise Woman of Power Legacy Award in 2006, she laid the foundation for women thriving in business.

“I never operated with a complex—as a woman, as a Black woman, as a Black. But instead, as a person in business, she said. “We knew there were problems, but I could not let that be a deterrent to me.”

Having a successful business as a Black woman in the ’50s was rare; establishing a profitable venture on Wall Street in 1979 was an even greater accomplishment. Procope blazed a new trail not only for African Americans but for women.

At the urging of her husband, Brooklyn-born Procope received her broker’s license and began a business dedicated to homeowner and auto insurance policies for those in the Bedford-Stuyvesant, Brooklyn neighborhood where she grew up. Expanding to focus on real estate rehabilitation and development, Procope proved that financially stable middle-class families lived in Bed-Stuy to insurance companies.

Her ingenious idea to rent limos and bring insurance executives from Manhattan to Brooklyn helped eradicate the erroneous uninsurable perception. Expanding her power beyond one borough, Procope successfully pushed New York Gov. Nelson A. Rockefeller to back legislation making homeowner’s insurance available to all throughout the state of New York.