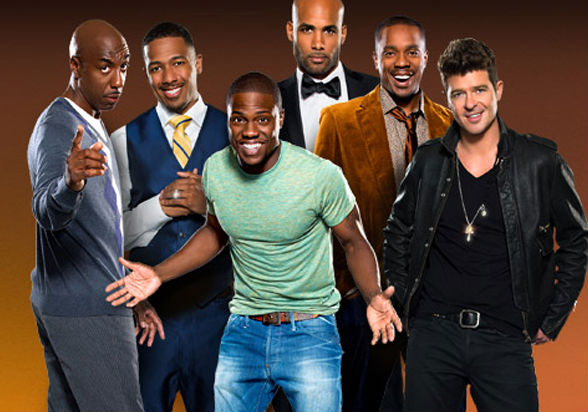 Now, anyone familiar with BET’s the Real Househusbands of Hollywood would look at that headline and probably think “Career lessons? All I see is hilarious debauchery from a cast full of successful men poking fun at reality TV.” But what I see is a group of men who have been able to leverage their networks and create their own lane to expand their brands and visibility. So beyond the foolery and tear-inducing laughs, here are career lessons from the show, which recently aired its reunion with host LaLa Anthony:

1. Never take yourself too seriously. There’s humility in being able to poke fun at yourself and share a few laughs. This ensures you can rock through the hard times of your career with ease and always motivate yourself to be greater. When you can balance serious boss moves with having a bit of fun, you’re more likely to attract positive people who can help advance your career. You’re also least likely to become so ego-inflated that you can’t see where you really are in life and evaluate the good with the bad accordingly.

2. Do great work; Attract great people and even better opportunities. All of the respective cast members of RHOH are leaders in their own right. Kevin Hart is at the top of the comedy game with record-selling standup shows. Boris Kodjoe is an award-winning actor and philanthropist (not to mention the other half of stellar actress Nicole Ari-Parker). Nelly is a platinum-selling music artist who put St. Louis on the hip-hop map. Duane Martin is an actor and entrepreneur known to star in several urban-culture cult classics including Above the Rim. J.B. Smooth is a stand-up vet who has been in hit movies and shows including HBO’s Curb Your Enthusiasm. Nick Cannon is the godfather of young bosses, serving as chairman of a major network, TeenNick, before the age of 35. And last but not least, Robin Thicke is an award-winning R&B singer and songwriter. They’ve all paid their dues, done the work, held down their grind in their respective industries and have seen substantial success.

3. Always create other avenues to get your coin and remain relevant. Each cast member is a leader in their own right, but it’s clear that they’re always a step ahead and are thinking strategically when it comes to expanding their brand. For several, it adds a new lane of comedy to the repertoire and helps expose their brands to an audience who may not be as familiar with them. It also keeps them in the limelight, adding the relevancy factor without totally compromising what their brands stand for.

What did you think of the Real Househusbands of Hollywood reunion? Sound off and follow Janell on Twitter @JPHazelwood.