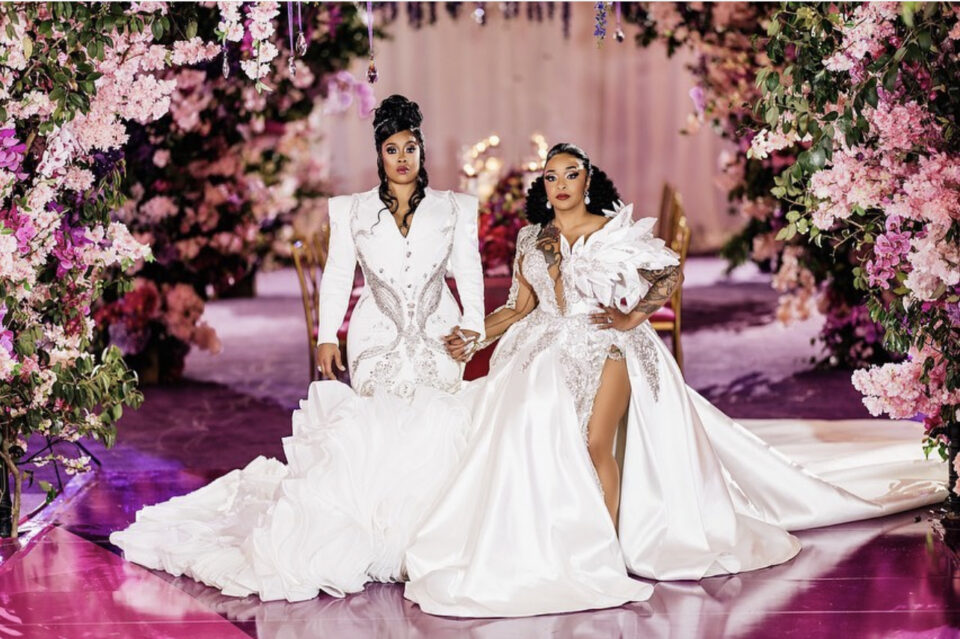 Legendary rapper Da Brat married her “Twin Flame” and multimillionaire CEO fiancée Jesseca “Judy” Dupart on the once of a lifetime “Twosday” February 22, 2022.

On Tuesday evening, the newlyweds tied the knot in an enchanting ceremony at the Horse Mansion in Fairburn, Georgia, according to People, which published photos of the purple and pink flower-adorned reception.

They were witnessed by 100 guests, including RHOA’s Porsha Williams and Kandi Burruss as well as Rickey Smiley and Jermaine Dupri. Da Brat’s sister, Lisa Ray McCoy, was a bridesmaid.

“Everything about her made me want her to be mine forever,” said the 47-year-old rapper Da Brat, born Shawntae Harris. “And I felt like I knew it not much longer than from the day we met.”

Luther Vandross’ “Here and Now” serenaded the Brat Loves Judy costars as they walked down the aisle together. Dupri, a groomsman, escorted his longtime friend while Dupart was accompanied by her brother, Damon Dupart Sr.

It’s no secret that the pair’s choice of the wedding date was intentional. In fact, Tuesday marked the significance of their relationship before marriage and beyond.

“We’ve been calling each other twin flames for a while. So this date, 2/22/22, is a significant event. We just didn’t want to miss it because it comes once in a lifetime,” Dupart said. “It’s relevant. It’s just real significant to our relationship. It signifies angel numbers, and it also is reminiscent of twin flames.”

The rapper, known for keeping her personal life private, came out in March 2020, crediting her new wife for encouraging her to embrace her truth.

“She’s the person who completes me. She gives me courage. She inspires me, and she makes me fearless. She makes me not afraid,” Brat said.

The wedding union comes after the announcement that Brat and Dupart are expecting their first child. Dupart has three older children. The couple is excited to grow their extended family.

“It makes me nervous, but it makes me excited, too. It’s all this excited nervousness. Oh, my goodness,” says Brat. “We talk a lot about it. We pray about it. We want to raise the most beautiful, respectful, loving child and we want our child to carry out our legacy. This child is going to be loved unlike ever before and spoiled unlike ever before, but in a good way.”

This June, fans can revel at some of the best moments of the wedding on the second season of Brat Loves Judy series on WE tv.