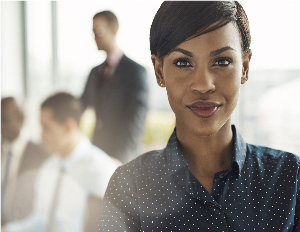 You’ve heard the clichÃ©,Â “The early bird gets the worm.â€ I’m here to say that’s nothing more than another fairytale. I know people whoÂ are workingÂ by 5 a.m., but aren’t producing as much as their co-workers who get in at 8 or 9 a.m.Â It’s notÂ aboutÂ beingÂ theÂ firstÂ atÂ the officeÂ or theÂ last one to leave; it comes down to what you’re doing during those hours that createsÂ your success.

Here are five reasons whyÂ tenacity and hard work pay off much more than being an early riser.

Use Your Time Wisely

We all have the same hours available to us each day. From an early age, it was bestowed upon us that we needed toÂ wake upÂ early for many reasons: we were told that early risers are more productive, more successful, and have a stronger work ethic thanÂ those who wake up later. It’s great to arrive early to work, but that isn’t even half the battle. It’s what you’re doing during those early hours that setsÂ you apart. If you show up early to take long coffee breaks, play around on social media, and read the news, how does that make you more productive?

Conversely, if you show up at 9:30 or evenÂ 10 a.m., and you’re focused, cheerful, and ready to work, your overall productivity will surpass that of your co-workers whoÂ show up earlier and fail to make use of that extra time.

I know many successful people who don’t show up to work until mid-afternoon, because that’s when theyÂ think and feel their best.Â If you’re in a position of flexibility andÂ are able toÂ do that, kudos to you.Â For instance,Â Aaron Levie, founder of Box–a billion-dollar business–usually arrivesÂ atÂ the office between 11 and 11:30Â a.m, andÂ his head usuallyÂ won’tÂ hit the pillow until 3 a.m.Â The hour of the day doesn’t necessarily depend on your success; it’s what you’re doing with your time that does.

Be Willing to Refine Your Practices

Tenacity means that no matter what time you show up, you’re always looking to improve systems and practices. Think about it–we’re always learning how to be more effective in our efforts. Leave no stone unturned. That said, don’t make changes just for the sake of making changes. Make sure you’re refining intentionally, with an end goal in place. Figure out how to automate repeated jobs, work a little faster, or use resources more efficiently. It’s a constant practice.

Nicole Smartt is the owner of Star Staffing. She is the youngest recipient to be awarded the Forty Under 40 award, recognizing business leaders under the age of 40. Her book, From Receptionist to Boss: Real-Life Advice for Getting Ahead at Work, can be pre-ordered on her website at www.nicolesmartt.com.