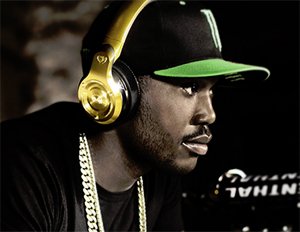 Black Enterprise was in the room Oct. 6Â for a presentation which featured the debut of Monster Products’ new items.

For those who don’t know much about Monster, let us “learn” you a bit. Established in 1979, the Noel Lee-created company built its reputation from developing stellar audio and video cables that connect to all types of electronic devices. In addition, they produced power strips, mobile accessories, speakers, and headphones.

Lee, the company’s chief audio scientist, decided to differentiate his style from others by experimenting with sound and its quality. Through his innovations, he persuaded the audio and visual industries to take note of his discoveries; retailers were attracted to his profit margins. In 2008, the company made history by partnering with Andre “Dr. Dre” Young to manufacture the Beats headphones.

Lee helped with the concept and design of the product, as well as with teaching employees how to sell it. In 2012, their partnership ended, and Lee went back to focusing on celebrity- or Monster-branded headphone products. Fast-forward to the event at New York’s famed Standard Hotel, and you can see that the celebrated company has survived the exit of Beats to Apple. It’s now planning its next stage of dominance.

Helping to push along the needle was Evolve Entertainment, run by C.J. Washington and Alex Bracetti who have extensive experience in the tech and digital space. By formalizing this event for “tastemakers and innovators,” the Evolve x Monster happenstance marked an advancement and progression that celebrated Monster’s 35-year investment in excellence. We walked into a presentation of their newest and coolest work at the event.

On the next page, we recount Monster’s new products…