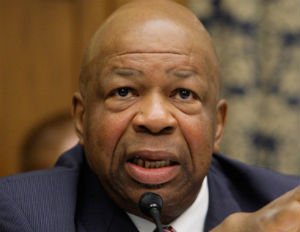 It seems little has changed since President Obama called for a spirit of bipartisanship and compromise to move the nation forward during his re-election victory speech less than a month ago.

The GOP and Democrats continue to engage in open warfare as the threat of the nation falling off a “fiscal cliffâ€ looms large. As most of you know, the fiscal cliff refers to the terms of the Budget Control Act of 2011 in which Americans will face a series of automatic tax hikes and spending cuts if a deficit reduction deal isn’t struck by year’s end. The GOP-controlled congress last week rejected the president’s proposal which seeks to reduce borrowing by $4.4 trillion over the next decade and increase taxes by $1.6 trillion by, among other measures, ending the extension of Bush-era tax cuts – slated to expire by Dec. 31 – for the wealthy, closing loopholes and boosting the estate tax to 45%. House Republicans delivered their counteroffer on Monday, proposing to produce $2.2 trillion in deficit savings over the next decade, including $800 billion from tax reform, $600 billion from Medicare reforms and other health care reductions and $600 billion from spending cuts. But, as expected, the GOP would not budge on raising taxes for the 2%.

So both parties are digging in as investors and businesses, both large and small, fret over economic uncertainty and the possibility of a double-dip recession.Â  In fact, when I recently spoke to Ron Perry, president of the National 8(a) Association, an organization that supports minority federal contractors, he said such firms may witness a significant decline in contracting and subcontracting opportunities and may need to scale back operations just as they were on the cusp of recovery.

To gain an inside track, I often spend a great deal of time talking with an array of entrepreneurs, business leaders, politicians and policymakers. A few days ago I spoke with Rep. Elijah Cummings (D-Maryland), ranking member of the House Oversight and Government Reform Committee, who has wrestled with the most pressing political and economic issues. Here are excerpts from our conversation about the impact of the fiscal cliff on minority business and other matters vital to you.

BlackEnterprise.com: Are we going to see a deal before the year-end fiscal cliff deadline?

Cummings: I think it’s very difficult at this juncture to predict the outcome of where we’ll be by December 31. [White House Director of the National Economic Council] Gene Sperling spoke before the Democratic Caucus and made it very clear that the president is going to do what most Americans who voted want him to do. That is demand that there’s a balanced approach to addressing the cliff, that it be made up of targeted spending cuts and, at the same time, make sure that revenue is a part of the process. [The Republicans] talk about making revisions to the tax code. That’s all well and good but that won’t bring us enough revenue. They’re not asking people making millions of dollars to pay one dime more. That’s simply unfair. They also talk about limiting certain deductions like the home mortgage deduction, charitable giving deduction and things of that nature. That doesn’t necessarily help the middle class or help those trying to get into the middle class. As far as I’m concerned, they have had very little movement.

The White House and congressional Democrats have capitulated in past budget battles with Republicans. What is different about these negotiations? Have you established deal breakers?

Cummings: I think that if there’s no revenue, that is increasing of the tax rates for the more wealthy Americans, I think that should be a deal breaker. With regard to the so-called entitlements, and I consider them social insurance because people pay into both of these programs. Â Some people work all their lives and they give everything they’ve got, blood, sweat and tears paid into a system that they personally never see one dime of. That’s what happens to many of the people in my community, particularly African-American men. As far as I’m concerned, it’s a deal breaker if we do anything that reduces the benefits. It may be a situation where we may have to reject a bad deal so we can get a good deal. A lot of people may not want to hear that but sometimes there has to be some short-term pain for some long-term gain.

If you’re seeking to protect students, the elderly, the poor and such groups most affected by the Great Recession, where will you identify targeted spending cuts?

Cummings: That’s a great question. We are paying farmers right now money to not plant, big time. That’s one of the areas. You’ve got a situation where we’re paying all kinds of oil subsidies. The oil companies are making more money than they’ve ever made. I think we need to go through our budget very carefully [and] find those things that we can cut without doing damage to our economy.

The fiscal cliff negotiations have created uncertainty among small and minority businesses. What do you say to them so they’re confident about future prospects?

Cummings: I can understand their frustration because many of us in Congress are very frustrated. You’ve got to keep in mind that the Republican side of the aisle has been pretty much taken over by the far right —the folks who were backed by the Tea Party and, for the most part, 85% of them are back again. Their position has consistently been my way or the highway. I would tell small and minority business that something is going to give. There’s absolutely no way that we can continue to go down this road of failing to accomplish things for the American people. We have to also be concerned about a negative impact on contractors who do work, for example, with Defense. Those defense contractors subcontract, giving a lot of opportunities to small businesses. So it is very important that we [resolve] this impasse. The only question is whether [we can finalize a deal] at the end of December or sometime during the month of January.

How can small and minority businesses gain access to capital in this environment?

Cummings: They can’t get the capital because the regulators are very strict on the banks and who they can lend it to. So you almost have to be a person who doesn’t need credit to get credit. We’ve been talking about this on my committee. How can we loosen up the regs so banks will be free to lend and at the same time, be in the position so they’re not giving loans that are likely not to be paid back?

If the fiscal cliff impasse is resolved in January or sooner, what will be your legislative priorities? Will you continue to focus on home foreclosure?

Cummings: My No. 1 priority, without a doubt, is going to foreclosure. Foreclosure has hit my community so hard and my district so hard. A lot of people don’t realize the types of impact that foreclosure has. Not only does the person who loses their house lose big time but everybody’s house around them goes down in value. A lot of people don’t think of that side of it. I look at my own block where I live in Baltimore. The property values have plummeted at least 35% in the last four or five years, at least.

So much of African American’s wealth is concentrated in their homes and we’ve seen it erode since the recession.