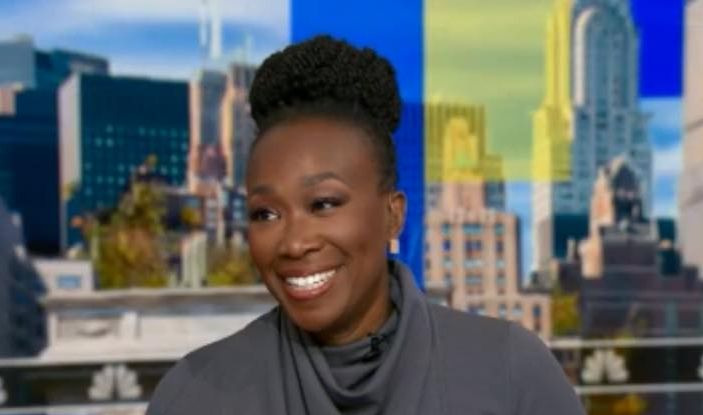 MSNBC weekend morning anchor Joy Reid will reportedly take over the time slot that one-time host Chris Matthews occupied before exiting the network several months ago, according to The Daily News.

Reid, if rumors hold true, would be the first Black woman to anchor a cable-news show during prime time. Matthews vacated his Hardball time slot after allegations of sexual harassment. Matthews had been hosting Hardball on the network since 1999 before quitting after accusations of making inappropriate comments.

Reid, who currently hosts the MSNBC morning show AM Joy, has been one of several other hosts, including Rachel Maddow and Chris Hayes, who has filled in temporarily in the coveted time slot.

Citing unnamed sources who have knowledge of the ongoing situation, The Wall Street Journal reported that MSNBC is “close” to making an announcement that Reid will emerge as the new host of the MSNBC’s 7 PM time slot. This would establish her as the lead-in to its block of prime time programming, All In With Chris Hayes, The Rachel Maddow Show, and The Last Word With Lawrence O’Donnell.

Reid is a Harvard University graduate who is originally from Brooklyn, New York, was raised in Denver, until she moved back to Brooklyn when she was 17. She originally hosted her own show, Reid Report from 2014-2015 on MSNBC before launching AM Joy back in 2016.

Reid has written the book Fracture: Barack Obama, the Clintons, and the Racial Divide, published by HarperCollins on Sept. 8, 2015, and just last year, she published another book, which became a New York Times best-seller, The Man Who Sold America: Trump and the Unraveling of the American Story.