Report: Stop with the Lack of Tech Talent Pipeline Foolishness 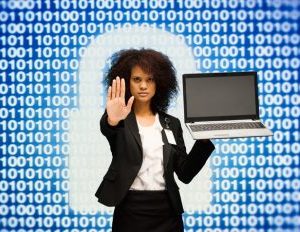 The Center for American Progress (CAP) released a report that challenges Silicon Valley’s oft-repeated claim that there is a lack of diversity in the tech talent pipeline and other excuses that are used to explain why the tech industry remains so obstinately white and male.

CAP first tackles the issue of the lack of a diverse tech talent pipeline. The report acknowledges that better and increased science, technology, engineering, and math (STEM) training has to be introduced at the K-12 grade levels in diverse communities.

However, the report also asserts, “The educational pipeline is not the primary cause of the absence of people of color in Silicon Valley.â€ Citing statistics from the National Science Foundation, people of color under the age of 45, account for 18.8% of computer and mathematical sciences degree holders.

Yet, they aren’t getting jobs. Seven percent of these men and 12% of women of color are unemployed versus 2% for white men with the same degrees. People of color are also more likely to work in a field unrelated to STEM versus white men.

To put these numbers in perspective: blacks and Hispanics are 16.9% of California’s citizenship. But they represent only 6.9% of Silicon Valley’s workforce. There are more than four times as many foreigners hired in Silicon Valley companies.

Finally, the CAP report claps back on the idea that lack of diversity is an issue throughout the tech industry, not just Silicon Valley. The reality is that major tech hubs outside of Silicon Valley are “noticeably more racially diverse.â€

The report concludes with a variety of proposed policies for realistically increasing Silicon Valley’s diversity: