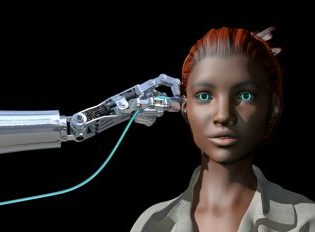 The bill to roll back regulationsÂ that require internet providers and companies, such as Facebook and Google, to ensure data privacy for internet users has just passed in the House of Representatives. Once signed President Trump, it will become effective legislation–and it’s expected that he will sign.

With the Obama administration’s internet privacy laws repealed, internet companies and service providers will no longer have to get consumer consent before selling or sharing internet usage, geolocation, or other internet browsing data to the advertisers and marketers that typically want this data.

House Democrats voted against the repeal. The data privacy issue is split along political party lines. Republicans traditionally have been for little regulation and on the side of service providers, such as Verizon and AT&T. Democrats have been more in favor of consumer rights, in this matter.

Digital rights groups and privacy advocates are in an uproar. One group, Fight for the Future, is raising funds in an online campaign to erect billboards with the names of every member of Congress that voted in favor of the rollback.

“Congress should know by now that, when you come for the internet, the internet comes for you,â€ said Evan Greer, campaign director of Fight for the Future, in a press release.

“These billboards are just the beginning. People from across the political spectrum are outraged, and every lawmaker who votes to take away our privacy will regret it come election day.â€

According to Greer and his group, without the consumer protections, internet service providers and telecoms can:

Even the Federal Communications Commission (FCC) is divided on the issue. Trump-appointed FCC Chairman Ajit Pai said in a released statement, “Last year, the Federal Communications Commission pushed through, on a party-line vote, privacy regulations designed to benefit one group of favored companies over another group of disfavored companies. Appropriately, Congress has passed a resolution to reject this approach of picking winners and losers before it takes effect.â€

“It is worth remembering that the FCC’s own overreach created the problem we are facing today.â€

Commissioner Mignon Clyburn, the first African American women to serve as an FCC Commissioner, was appointed to the position by President Obama in 2009. She is opposed to the repeal and tweeted:

The Samsung Galaxy S8 in a Nutshell

How This Former Miss America Winner Changed Diversity and Inclusion