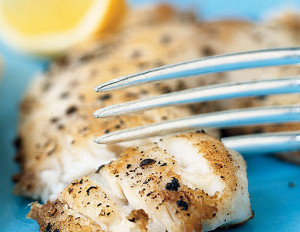 Many of us take it on face value that when we order fish at our favorite restaurants, we’re getting the fish we requested. But a new study shows that not only are you not getting the fish you ordered, as much as one-third of the seafood served nationwide is mislabeled.

Oceana, an ocean conservation advocacy group, conducted a two-year study using DNA analysis of seafood samples from 21 states across the country. They found that 33 percent of the samples were mislabeled, with cheaper species of fish being offered as more expensive types, such as red snapper and tuna.

The study is a big concern in seafood retailing.

“Economic fraud is wrong, and it’s illegal,” said Derek Figueroa, chief operating officer at Seattle Fish Co., Denver’s largest fresh seafood distributor. “Ultimately it erodes consumer confidence. It’s in the interest of both consumers and the industry to be confident in the products being offered.”

In the Oceana study, the most commonly misidentified fish was marketed as red snapper, which turned out to be real snapper in only seven of the 120 samples taken nationwide. Fish billed as red snapper actually was tilapia, flounder or what Oceana described as “less desirable snappers.”

Seafood sold as tuna was mislabeled in 59 percent of the tested samples.