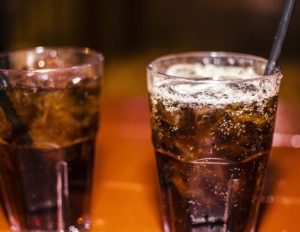 One can of sugary soda every day can heighten significantly a person’s risk of developing prediabetes, a new study finds.

A person who drinks a can of sugar-sweetened beverage a day has a 46 percent increased risk of developing prediabetes, said senior researcher Nicola McKeown, a scientist with the Jean Mayer USDA Human Nutrition Research Center on Aging at Tufts University in Boston.

Regular sugar intake can batter a person’s body on a cellular level, according to McKeown. Cells need insulin, a hormone that breaks down sugar into energy. But too much sugar in the diet can overexpose the cells to insulin.

“This constant spike in blood glucose over time leads to the cells not becoming able to properly respond, and that’s the beginning of insulin resistance,” McKeown said.

Once insulin resistance starts, blood sugar levels rise and damage every major system in the body. Prediabetes, a precursor to type 2 diabetes, means a person has elevated blood sugar but has not entered full-blown type 2 diabetes. The condition is reversible if a person cuts back on sugar.

The study’s results show limiting sugary drinks is “a modifiable dietary factor that could have an impact on that progression from prediabetes to diabetes,” McKeown said.

For the study, McKeown and her colleagues analyzed 14 years of data on nearly 1,700 middle-aged adults who participated in the Framingham Heart Study, a federally funded program that has monitored multiple generations for lifestyle and clinical characteristics that contribute to heart disease. Participants did not have diabetes or prediabetes at the beginning of the study, and they self-reported consumption of sugar-sweetened beverages.

Those who drank the highest amounts of sugar-sweetened beverages—on average, six 12-ounce servings a week—had a 46 percent higher risk of prediabetes.

But the American Beverage Association suggests that sugar in beverages isn’t the only risk factor for prediabetes. “Credible health organizations such as the Mayo Clinic note that the risk factors for prediabetes include factors such as weight, inactivity, race and family history,” the group said in a statement.

Authors of the new study noted prediabetes risk dropped when they included factors such as other dietary sources of sugar and the amount of body fat participants had. But it didn’t fall that much, still adding up to about 27 percent.

The study was observational, and as such, it doesn’t show a direct cause-and-effect link between sugary drinks and prediabetes. But experts say the association between the two makes sense. Keep in mind that a 20-ounce of bottle of regular soda may contain up to 18 teaspoons of sugar.

Earlier studies have linked diet sodas to an increased risk of type 2 diabetes, but this study didn’t find a connection.

“Incorporating diet soda while they are weaning themselves off the habit wouldn’t have any long-term negative health effects,” McKeown said. “But eventually the majority of a person’s fluids should come from water.”

This article originally appeared on BlackHealthMatters.com.