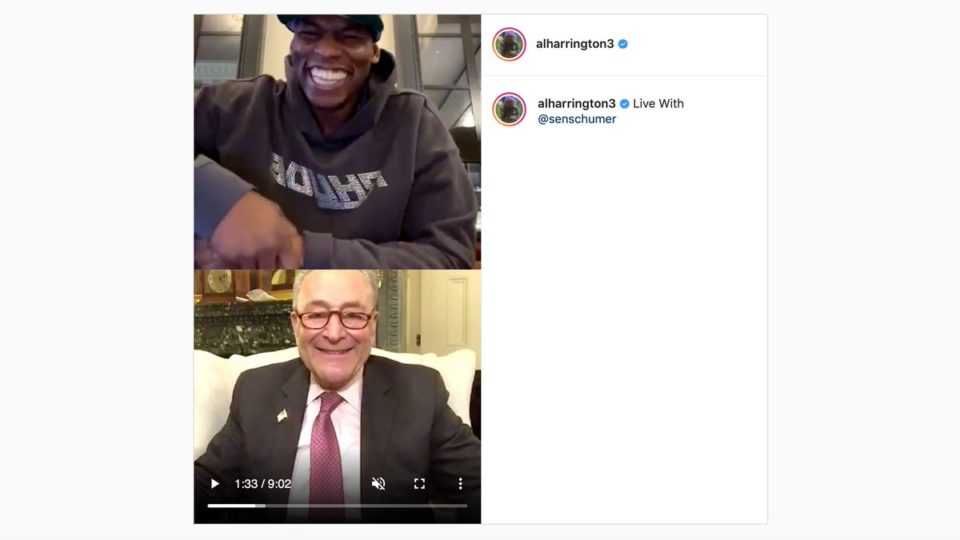 A few days ago, retired NBA star Al Harrington had a conversation on Instagram Live with Senate Majority Leader Chuck Schumer, another leader at the head of the charge for federal cannabis law reform.

Al Harrington is the founder of VIOLA Brands, a multi-state cannabis operator that was founded in 2011.  The company name comes from his grandmother, who he convinced to begin using cannabis medicinally in place of opioids.  His company is viewed as the most valuable and far-reaching majority black-owned operator in cannabis, and he employs a diverse set of executives and employees within the company.

Senator Schumer has been championing his various bills tackling fairer and more just cannabis laws, as well as providing things such as banking and loans to cannabis startups.  Schumer is now the Senate Majority Leader following the highly-contested Georgia Senate runoffs, and has positioned his newly acquired leverage to begin rebuilding the communities most affected by the criminalization of the plant, expunging past cannabis convictions, and re-investing in black communities that were most harmed.