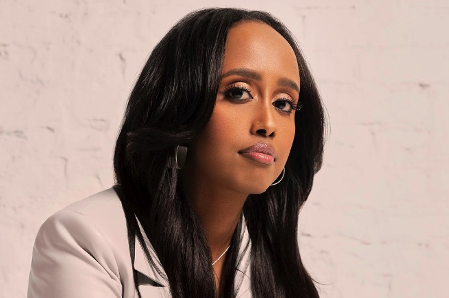 As Black History Month comes to an end, REVOLT is elevating Black voices with an initiative devoted to illuminating the unique perspective of the Black community on a global scale.

As RBN studios continues REVOLT’s mission to provide original content that reflects an authentic Black lens from a non-monolithic viewpoint, the productions will ignite solution-oriented discourse that gives a voice to typically unheard perspectives.

“When you look at the current news media landscape, most of it caters to audiences based on political affiliation. In a world where Black people suffer disproportionately from inequalities in every category, you can imagine our information is split between red or blue – what’s clearly missing and needed is a Black perspective,” said Detavio Samuels, CEO of REVOLT. “With the launch of RBN Studios, our goal is to execute our chairman’s vision of building a premier weekly news program anchored in truth that allows Black people to express themselves freely and for all Black communities to get information that is relevant to our evolution and survival—globally.”

Spearheaded by four-time Emmy nominated executive producer and newly appointed President of RBN Studios, Monique Chenault, the full-service production operation will relaunch its powerful flagship series REVOLT Black News Weekly. This powerful program will serve as a trusted source for viewers to access in-depth reporting on stories that both challenge and celebrate the Black community. At the helm of the series will be host Neima Abdulahi, an Emmy award-nominated journalist who will break news that is often underreported.

“Viewers can expect REVOLT Black News Weekly to turn traditional news and opinion programming on its head. We’re determined to meet young Black viewers at every intersection where they’re looking for enlightenment, context and perspective about all the issues that impact our culture and communities,” said Monique Chenault, President of REVOLT’s News and Documentary. “We’re creating new, modern formats that encompass and embrace all Black voices in a very cross-generational way.”

RBN Studios is reimagining news and the format in which it is delivered. While programming will focus on Black perspectives, each production will be an opportunity for viewers to access unbiased information that is a culmination of critical conversations and topics.  With culture is at the center of everything REVOLT creates, RBN Studios will be an extension that further drives cultural impact across the diaspora.

“It has always been Sean Combs’ dream that we provide a balanced perspective that challenges our audience to discover their own truth,” said Samuels. “The team we’ve built is unique and consists of world-class talent—from across the Black diaspora—on both sides of the camera, allowing us to credibly and authentically deliver news from a global Black perspective. This is an extension of REVOLT’s mission, so we are going to bring an edge and youthful attitude that is reflective of the audience and the culture we serve.”