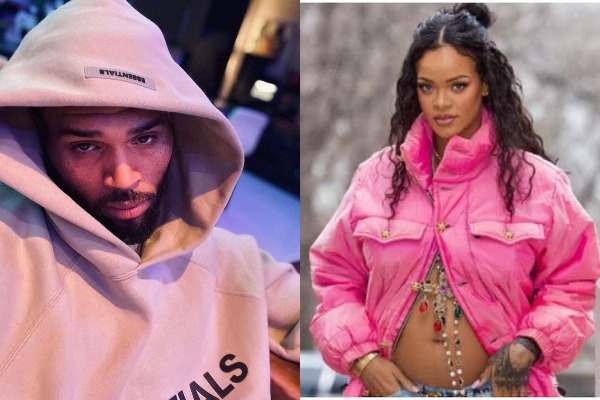 Chris Brown seemingly tried showing his support to his ex Rihanna after news spread that she gave birth to a boy. But Rih Rih fans weren’t here for it.

The “Run It” singer took to his Instagram Story on Thursday to post what appeared to be a congratulatory message to Rihanna and A$AP Rocky amid news of the child’s birth in Los Angeles. The post, captured by BuzzFeed, included the word “CONGRATULATIONS” and a few emojis of a heart, prayer hands, and a pregnant woman.

While the post appeared to be Chris Brown’s way of extending an olive branch to his ex, Twitter was quick to clown him and rapper Drake for not being in Rocky’s position.

There were many others who referenced Brown and Rihanna’s past domestic violence case. The singers dated for one year and broke up in 2009 after Brown was arrested for physically assaulting Rihanna, US Weekly reports.

He pleaded guilty to one count of felony assault and was sentenced to five years of probation, community service, and domestic violence counseling. After the brutal beating, Rihanna still referred to Brown as her “true love” in a 2012 interview with Oprah Winfrey and ended up dating the singer again that same year, Hollywood Life reported.

“We’ve built a trust again, and that’s it,” Rihanna said at the time. “We love each other and we probably always will. That’s not anything that we’re going to try to change. That’s not something you can shut off if you’ve ever been in love.”

But since their second and final breakup, Rihanna has moved on and never looked back. Now that she’s a new mom and planning a future with Rocky, Rih Rih fans aren’t letting their foot off Brown’s neck.

After what he's done to her in the past i don't know if she's okay with receiving a congratulations from him… Im just saying.

Has everyone just completely forgotten that Chris Brown beat the absolute shit out of Rihanna? Every time I see his name trending I feel like I lived in a parallel universe where he almost beat her to death and in this universe that just didn't happen?

There were others who defended Brown and commended him for congratulating his ex.