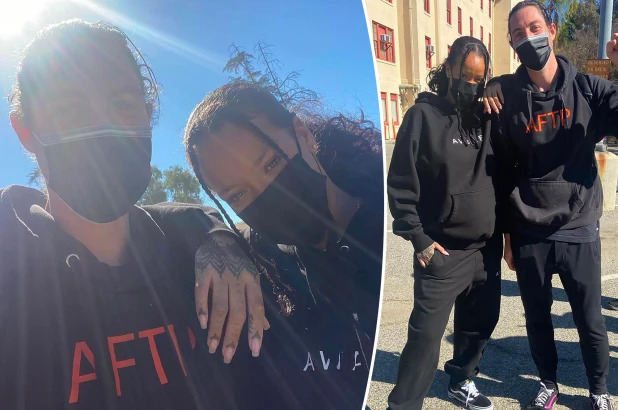 Yes, Rihanna is pregnant. And she is still showing up as the queen of philanthropy. The superstar recently visited the West Los Angeles Veterans Affairs campus to lend her listening ears and support to homeless vets.

Activist Sennett Devermont expressed his gratitude to Rihanna in an Instagram post. “Thank you @badgalriri for pulling up with all the love and support and most importantly your ears to listen to Veterans,” Devermont captioned a slide of photos with him and the singer.

According to Page Six, a source confirmed that Rihanna was at the Veterans Affairs campus for hours “to truly listen to veterans living on the property.” She took interest in the “concerns” and “issues” that the veterans were experiencing on the streets.

“She actually cared. She listened to everyone and distributed everything. She took photos with anyone who asked,” the source said, who mentioned there were no PR cameras present.

Los Angeles officials have been working diligently to connect homeless vets living in Veterans Row to shelters since the encampment first appeared in 2015. For more than a year, U.S.VETS–the largest nonprofit working to end veteran homelessness in America–has “doubled its outreach efforts to help Veterans not only secure housing but provide the resources needed to ensure veterans get back on track.”